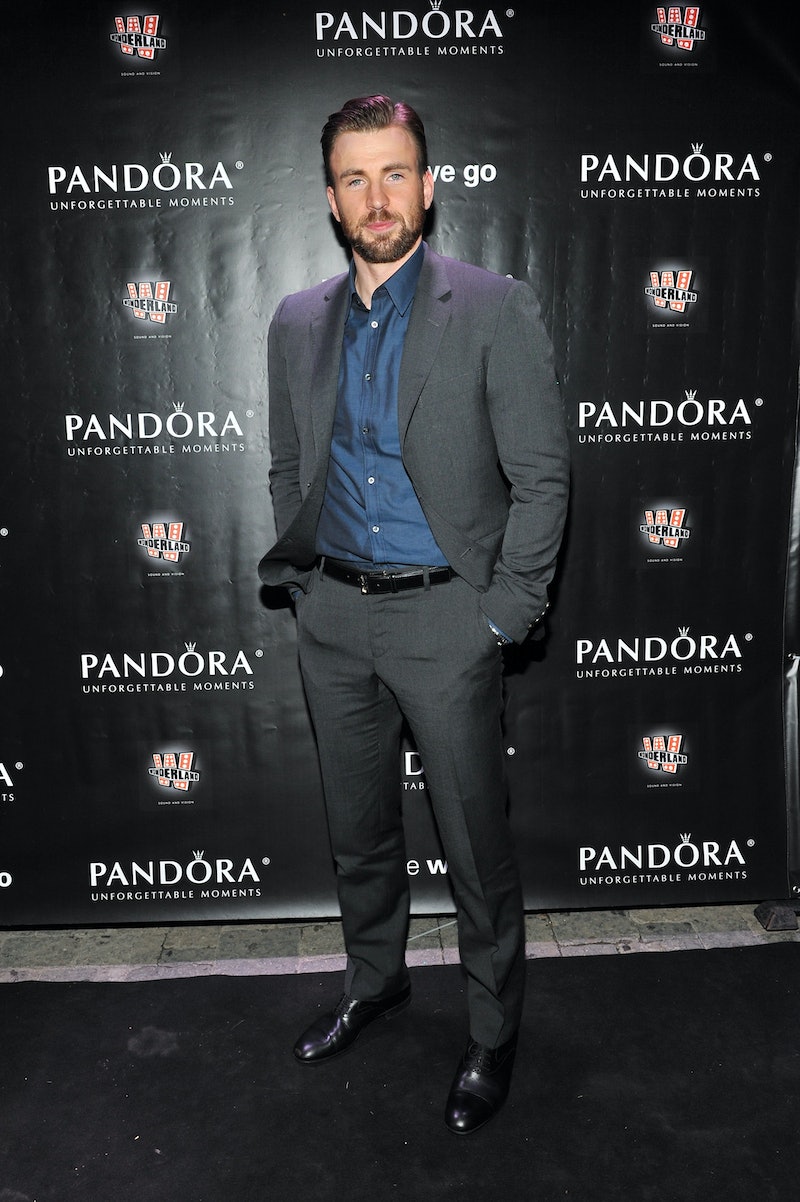 What the eff? Monday brought the world the first trailer for the new Chris Evans romantic comedy Playing It Cool (formerly titled A Many Splintered Thing). In the trailer Evans doesn't seem to be playing it cool at all and is, instead, freaking out constantly over whether Michelle Monaghan loves him back and whether he even wants to be in love at all. Nowhere in that trailer do I remember Evans being dressed as some kind of astronaut wizard. And yet. And yet...

Yep, that's definitely Chris Evans dressed up like a "space wizard," as one Twitter user so nicely put it, in one of the promo photos for Playing It Cool. It took me an inordinately long amount of time to actually confirm that the film was actually the origin of this photo, because... well, why on Earth (or elsewhere — get it? Get it?) would Chris Evans be dressed like a wizard in space?

The answer to that remains a little fuzzy, but probably lies in the fact that Evans plays a writer in this movie. You can get rid of all kinds of weirdness by just saying your main character's a writer. It gives you all kinds of license to eff with your narrative bounds when you've got someone who's doing their own character and world brainstorming within your narrative. Hence:

In the film, Evans plays a screenwriter who's tasked with writing a regular ol' tropey romcom. This chafes his artistic tendencies, probably because he's way more used to writing stories about elderly wizards in space or cute sailors. Here's the full poster for the movie:

It comes with this creepy little segment from the synopsis:

Like a young Walter Mitty using the power of imagination and wild vignettes, HE will stop at nothing to conquer HER heart.

Everything about this is pointing to this movie being far weirder than its cliche trailer initially indicated, and it's all through the conceit of Evans' character imagining himself in his characters' shoes.