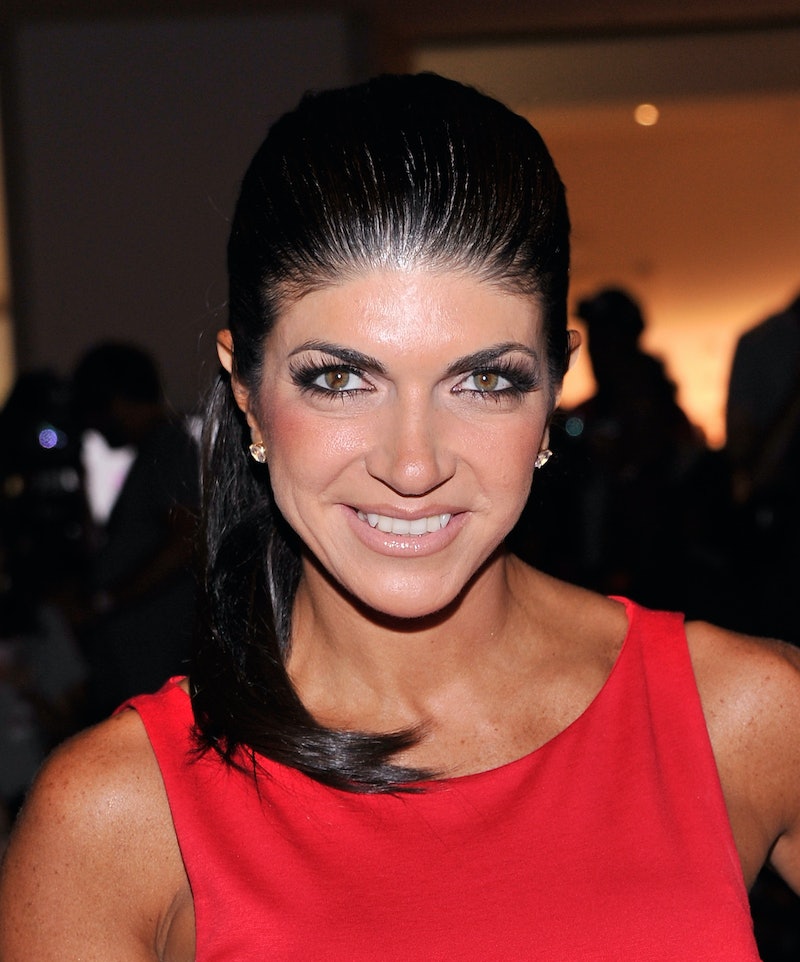 Apparently, there was a rumor going around, claiming that Teresa Giudice is pregnant. Shockingly, I never came face-to-face with this allegation, despite the fact that I eat Internet for breakfast, lunch, and dinner, but yeah. 'Twas out there. Apparently, the rumors were claiming that the Real Housewives of New Jersey star put a bun in her oven in an effort to keep herself, or herself and Joe, out of jail. However, Wendy Feldman, Joe and Teresa's "crisis manager," has spoken out, telling Us Weekly that the pregnancy story is "false in every way." Feldman continued, "Teresa does not know if she is going to prison and would not have [a] baby, nor would anybody, under the circumstances described." Cool. Good to know. But, um, why are Teresa and Joe paying for a crisis manager right now?!

I get it. The couple is up to their eyeballs in crap right now, and being that they're public figures, it probably isn't the worst idea in the world to have some sort of public relations person in their corner — but a crisis manager?! That's next level. And it sounds expensive. Wait a minute, what the hell is a crisis manager anyway?!

Bottom line, Teresa and Joe should be saving any and all money they can right now. In addition to having insane legal fees to contend with, both of them could be heading to jail very soon — shouldn't they be doing without all extraneous "luxuries" for the sake of their daughters? I can't imagine that Feldman's services come cheap, and that right there is cash that could be saved for rent they'll be paying in the 3-bedroom apartment they might wind up living in after they sell their homes.