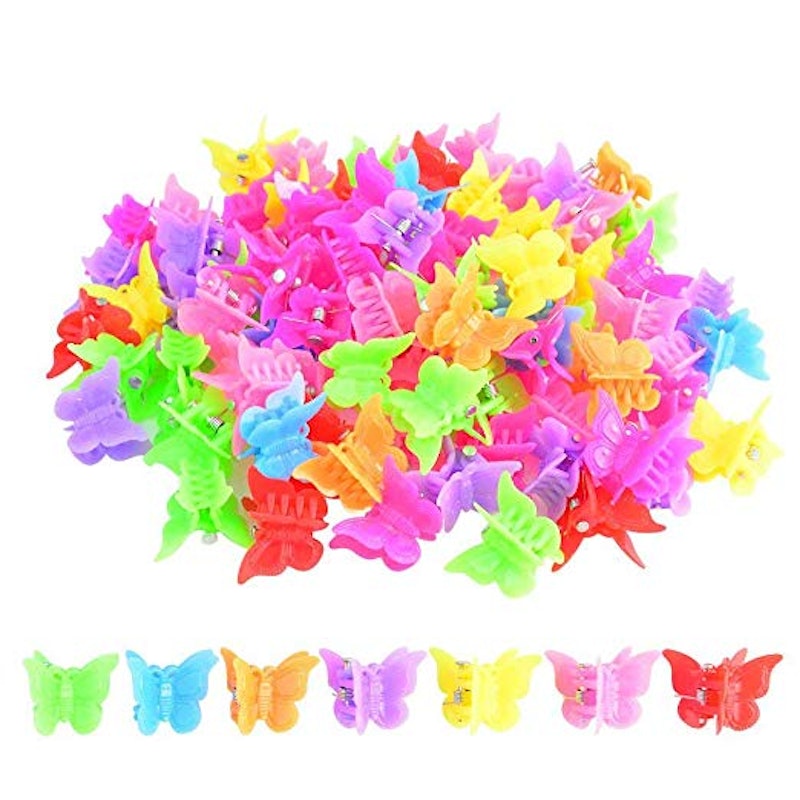 The hairstyles of the 1990s were unlike all hairstyles before and all hairstyles since. They weren't aesthetically pleasing at all, but there was this great off-brand creativity to each look that made the entire decade so memorable. It wasn't about looking polished; it was about showing that your hair had attitude, volume, and — most importantly — lots of different pieces that stuck out all over the place.

There were the stringy, greasy bobs worn by grunge boys and girls alike. There were blonde, flippy hairdos brightened by hair wraps and twist-in rhinestones. There was the as-yet-unexplained phenomenon of wearing tiny buns all over your head. There was hair glitter to be smeared over ponytails and fake cornrows. And to top it all off, literally, there were butterfly clips. You weren't anybody in the tween '90s scene until you had butterfly clips sticking up all over your head, their glittering plastic wings poised mid-flight. Aside from the fact that they really hurt if you leaned your head against something, we've got nothing but love for these little creatures.

Butterfly clips were hilariously implausible, since they were designed to stick out from your head sideways. Unlike the clip in this photo, '90s butterfly clips eschewed realism for the sake of weak, sparkly plastic. It was beautiful.

If not literal magical powers, they certainly gave you power over the boys. Or at least that's what we told ourselves as we fastened them onto every inch of our hair.

3. Christina Aguilera wore them metaphorically in the "Fighter" music video.

The butterflies in her hair were, like, a symbol for rebirth.

4. Mary-Kate and Ashley styled them flawlessly.

Lavender-haired ladies of today, are you listening?

6. They added tons of… texture.

7. Wearing just one was an adorable way to "spice up" an elaborate hairdo that wasn't quite spicy enough.

8. They added a subtle degree of interest to regular hair.

9. Once upon a time, Kellan Lutz wore them.