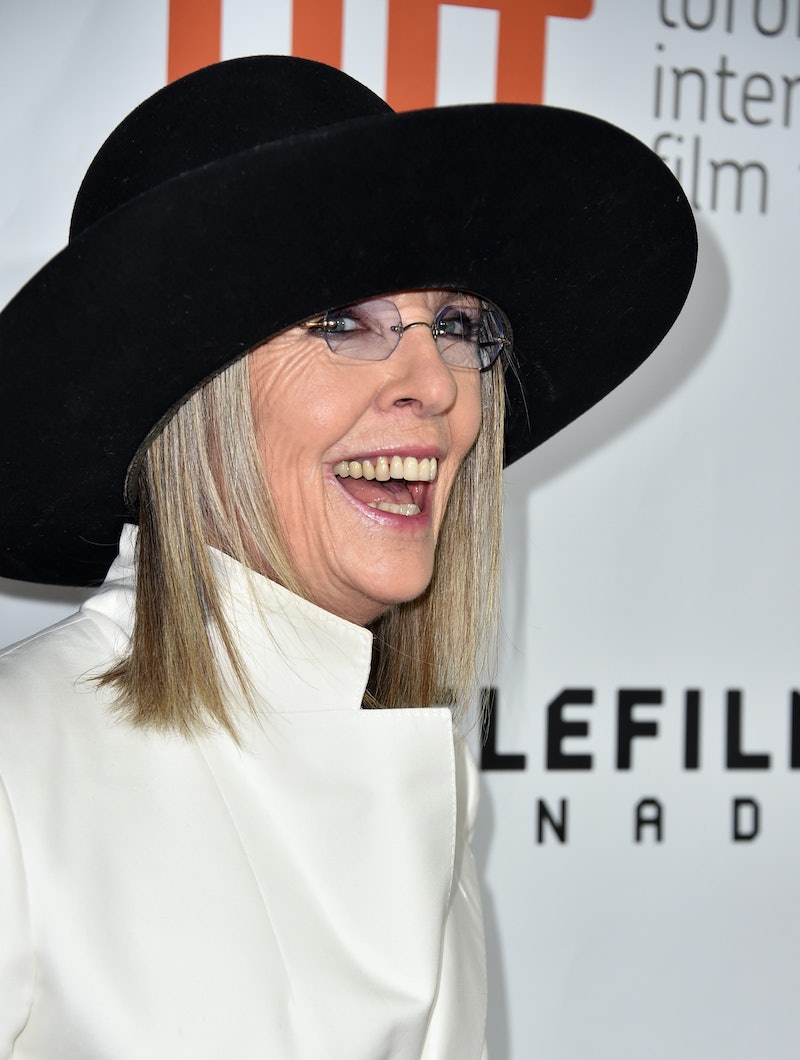 Few things can brighten an otherwise ho-hum day like a smart girl on smart girl love-fest. And on Tuesday, Diane Keaton delivered just that with a string of tweets about her affinity for Amy Poehler. Apparently, the Something's Gotta Give actress and her son binge-watched Parks and Rec recently and it was then that Keaton realized she had a girl crush on Poehler. And judging by her I Heart Amy Poehler Twitter Spree, it seems like Keaton's got it bad for Poehler — join the club!

In addition to singing the funnywoman's praises, Keaton revealed her love for Parks and Rec in general, and that her 13-year-old son, Duke, is more into Chris Pratt. Keaton started her tweet-fest by saying, "So I have something to say about a new discovery... I've fallen in love with Amy Poehler" — and things only got more adorable from there.

Since Amy Poehler doesn't have Twitter, Keaton wasn't able to tag her in any of her posts, and Poehler, obviously, wasn't able to tweet back. But I'm assuming the comedian got wind of what Keaton had to say about her and was over the moon. I mean, dude, Annie Hall just said she's in love with you and your work. Doesn't get much better than that! Fantastic.