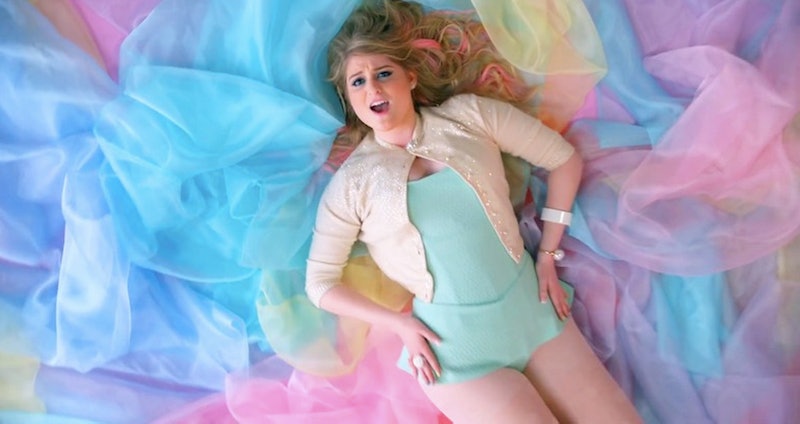 If you've ever heard the song "All About That Bass," even for a split second, it's likely been stuck in your head for days. In fact, merely reading the words "All About That Bass" probably have lodged the tune somewhere comfortably in the back of your brain, only to surprise you later on when you least expect it — IE, in the middle of the night when you're stressing about that big presentation you have tomorrow (sorry about that). You're not alone, though. The song, whether you like it or not, has officially swept the nation and Meghan Trainor is officially having a moment — and with moments come covers (for better or for worse).

Since the song is so popular, people have taken to covering it/making YouTube videos of it/doing anything with it. Some are legitimately good and would make the singer proud; others... not so much.

If you think you can handle hearing the song, or snippets of it, multiple times in a row without going mentally insane, I've got a treat for you: the best "All About That Bass" covers I found on the web. I don't think I'll be able to sleep tonight, because the song will be on a continuous loop in my head, but hey, it's for the good of the people. You're welcome.

Can never go wrong with a cappella.

Had I ever heard of Jessica Jackson before today? No. But the girl's adorable and she has a voice like an angel.