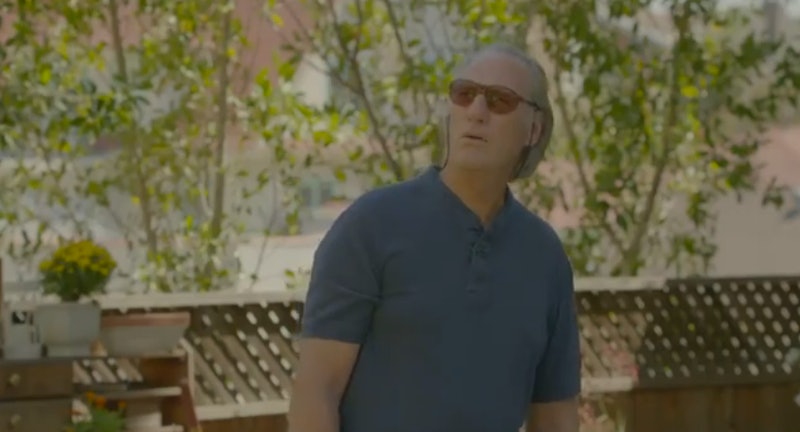 Pretty much everyone who watches NBC's Parenthood knows that by tuning in week after week you've entered into an unspoken contract that allows Jason Katims and his team of wholesome writers to make you cry over and over again until you beg for mercy. Entering into the show's final season, the risk of tears is higher than ever — partially because it seems pretty damn likely they're gonna kill a major character. I'm placing my bets on Zeek Braverman, Parenthood patriarch and star of this cheerful season premiere clip.

I'm not being ironic: This season premiere clip is genuinely happy. It's calm, as Zeek and Camille's new artsy house seems to be made entirely of mellow, elderly bohemia. But it just...it seems a bit like the unsuspecting happiness that hits before they pull the rug out from under you and turn this whole season into a giant arc exploring life and death. The life part seems evident: Amber's totally knocked up. If not her, Sarah is. The death part, which Katims has been hinting at pretty hard:

It's a huge challenge for the family and a kind we haven't seen before.

We've seen babies before (the show is called Parenthood, we've seen lots of babies). We've seen divorce before. We've een cancer before. What we haven't seen is the real loss of a family member — particularly a parent. It'd affect virtually everyone in the show. Katims also says that whatever this big thing is (death. It's death.) is coming in the first episode of the final season. Let's hope Zeek enjoys Vegas as one last hurrah, because he's got a history of heart conditions.