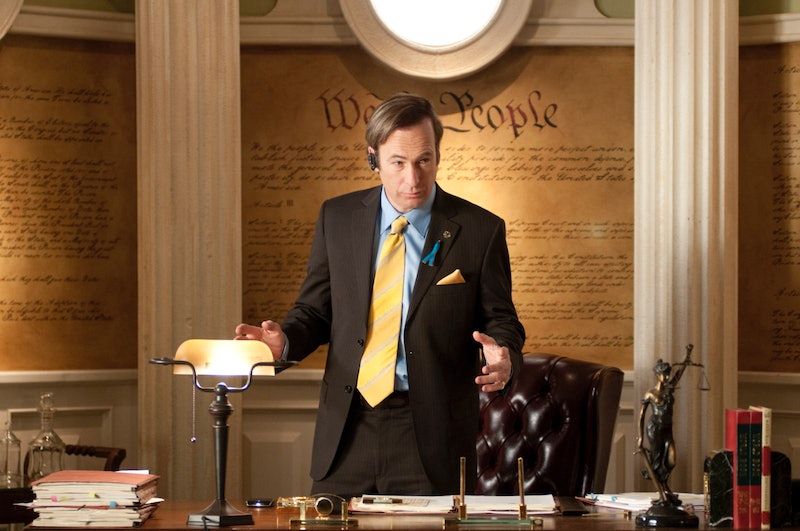 Following last Sunday's new episode of Breaking Bad , we're all as wary of Belize as we are of an old bus buried under the Arizona desert. After all, as Saul (Bob Odenkirk) reminded Walt (Bryan Cranston) during the episode, "Buried," that's exactly where the chemistry teacher-turned-meth kingpin sent the dearly departed Mike (Jonathan Banks). You know, nudge nudge, wink, wink, Walt killed him.

Following Saul's reading of the now-classic line, all of us feared Hank (Dean Norris) would also end up in Belize... and that our own families would casually suggest we book tickets as well. And though now might be the best time to do so (equating a country to murder sure should plummet the plane fare), "a trip to Belize" no longer has a non-stabby connotation.

But, the country hears our concerns, and is trying to ease our fears. The Belize Tourism Board released a letter to the New York Times directed to the cast of Breaking Bad, assuring them that the country will offer them "time to relax after a riveting season." Read their note below:

Despite what Saul meant when he suggested that Walt send Hank "on a trip to Belize," we were flattered to be included on your program last Sunday. Many of us are big fans of the show and can't wait to see what happens over the last six episodes. While we hope that some of our favorite characters don't get "sent on a trip to Belize" in the show, we do hope you will take us upon the following offer — we'd like to send all of you on an ACTUAL trip to our country after the season is over.

We figure you will all need a little time to relax after a riveting season and, if you ask us, there's no better place to relax than Belize. It's really the least we can do for the entertainment you have provided us with over the last six years. So allow us an opportunity to entertain you — we have the Blue Hole for Walt, purple fish for Marie, geology for Hank, great music and friendly people for Jesse, delicious breakfast cuisine for Walt Jr., several nice locations to swim for Skylar, colorful clothing for Saul, and the list goes on.

We look forward to hearing back from you. Best of luck with the remainder of this season.

The Belize Tourism Board

Okay, okay. You got us, Belize Tourism Board. We'll visit your country after all. But only if Jesse (Aaron Paul) comes with us. No! Wait!