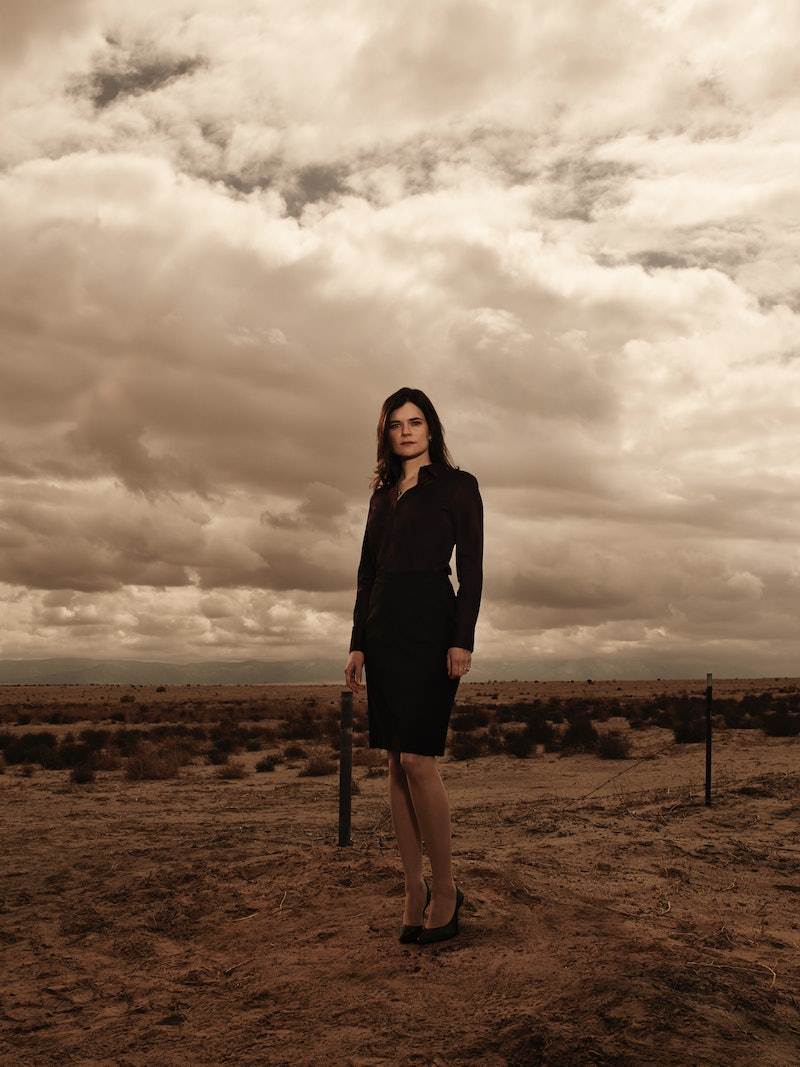 I can't shake the feeling that Breaking Bad is saying that family is a drug. Walter White's drug kingpin status came from his visceral, intrinsic need (which, golly, sure does sound a lot like an addiction!) to provide for his family (and also his ego, but that's another story for another day). When you're addicted, you'll do anything for that next hit. Drugs dull or ignite the senses, delude us into thinking we're invincible, make us feel everything and nothing. Sometimes all at once — just like family! Sunday night's latest episode, "Buried," seemed to say that family can be hazardous to your health in a lot of ways, too.

Literally and figuratively, of course. And I'm not saying that family is evil (nor should any of my family members reading this think I find them to be a pesky addiction. I don't need the Facebook messages you guys). Family is, for most humans, the most valuable thing in the world. You do anything for family, and they'd do the same. Because most people love their family — no one knows you like family. But that also makes them a potential liability. And sometimes, all those factors can compel people to do bad things in the name of family. Like...selling drugs, maybe? Maybe! Especially if you're Walter White or Todd Alquist. Indeed, the baton of Heisenberg has seemingly been passed to another family man: Landry Clarke. (Just imagine what Coach Taylor would have to say about all this!) For who was right by his side, but his uncle Ira, guns a-blazing, ready to take down the men that did his nephew wrong by firing him, and also help take the helm of Lydia's drug business. Whatever, guys: clear eyes, blue meth, can't lose!

The problem is, obviously, the flip side of that familial coin. They either know too much, or they can be used against you. Neither option is ideal. Especially if you've done a bad, bad thing. And, as we have a pretty solid grasp on by now, Walter White has done about 50 billion bad things. Now that Hank's in on it all, the family ties of the White/Schraeder clan are coming undone in the most spectacularly awkward fashion. This ain't your typical, it's Thanksgiving and somebody's too drunk family blow-out. Not when your brother-in-law is a DEA agent. Nowhere else was this scene as plainly as the diner scene between Hank and Skyler. Torn between two parts of her whole, Skyler's essentially being forced to choose between the family she made for herself and the one she was born into. Sister versus husband: choosing the righteous path that leads directly to jail versus the one potentially paved in financial stability and a murky-but-hopeful future for your children. Which would you choose?

In one of the most emotionally wrenching scenes of the already stress-vomit-inducing hour, Marie confronted Skyler about her knowledge of the whole "Walt is Heisenberg" situation. Which is to say, that Walt being Heisenberg wasn't Marie's issue: it was the fact that Skyler knew so much more and for far longer than she let on. And how that directly affected her own family — namely Hank getting shot. The slap heard 'round the Internet, we'll call it, was rightly justified. And though I hoped Marie would get out the door with baby in hand, it was perhaps for the best to leave her where she was, for the moment. Oh Marie, you and your purple heart. So sensitive, so emotional, so violet. I wish she had gotten out of the house with that baby.

And oh baby, moments seem to be all that Walt has left. The cancer has returned (maybe. Part of me still thinks it might just all be a ruse Walt is planning: to fake his own death and assume a new life), and it's aggressive: having caused Walt to pass out cold for "4 or 5 hours," according to Skyler. Now I'm no cancer expert, but that sounds pretty serious to me. Yet even in that place, with at least the idea of death rapping at Walt's door, his ultimate concern is his family, sort of. Mostly it's about having him go through "all this for nothing," but it's also about securing a future for his family. Even in moments of panicked posturing, medical emergencies, and the like, Walt is doing all he can to ensure the money isn't lost, and Skyler has something for the future of his kids. But this family is broken. Bad. And not even Walt's death and a couple million (billion?) will undo what's been done.

More like this
This 'Gossip Girl' Wardrobe Error Has Gone Viral On TikTok
By Alyssa Lapid
Mollie Gallagher Has A Deeply Personal Reason For Taking Up Skating
By Maxine Harrison
A New 'And Just Like That' Table Read Pic Confirms A Key Character's Return
By Jack Irvin and Grace Wehniainen
Jennifer Lopez Calls Moving In With Ben Affleck's Family An “Emotional Transition”
By Alyssa Lapid
Get Even More From Bustle — Sign Up For The Newsletter
From hair trends to relationship advice, our daily newsletter has everything you need to sound like a person who’s on TikTok, even if you aren’t.