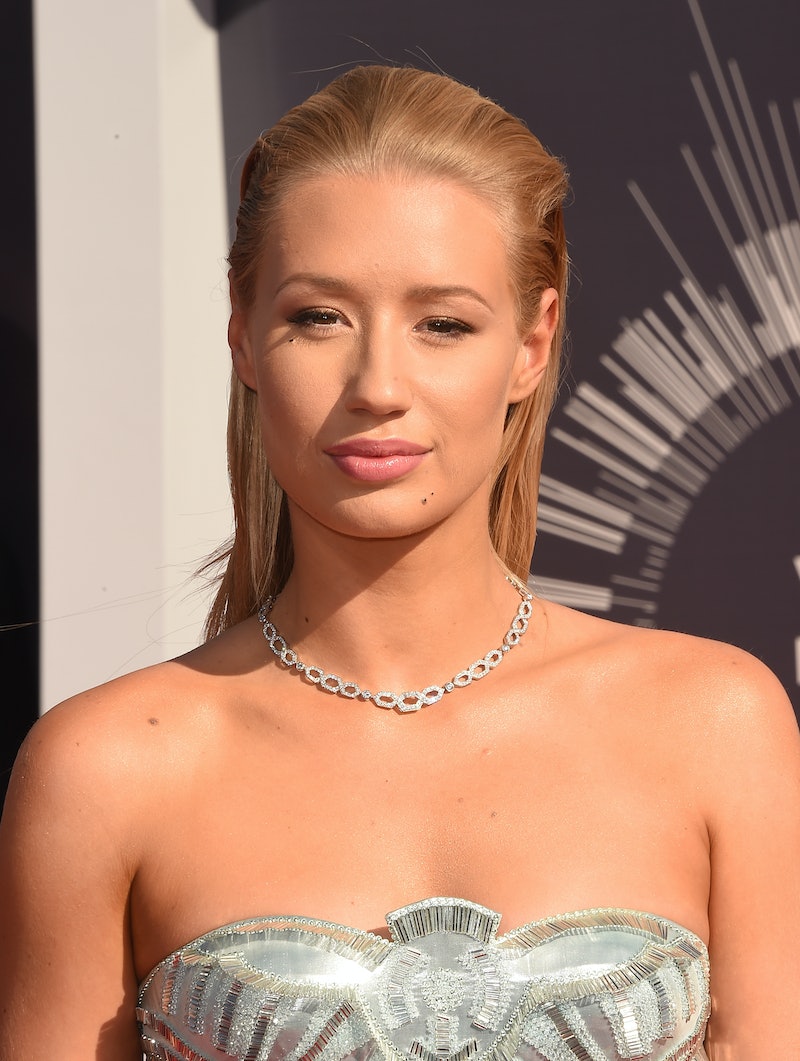 At this point, it's getting really difficult to keep all the stories about Iggy Azalea's sex tape scandal straight. The tape, the existence of which is even being hotly debated, could be sold by Azalea's ex-boyfriend, Maurice Williams, and distributed by adult entertainment company Vivid Entertainment if Azalea's lawyers don't come through for her. Azalea is either not the girl in the tape or was underage when the tape was made or never gave her permission for Williams to distribute such a tape or something. What matters less is whether or not the tape is a real thing and more that Azalea rightfully doesn't want it shared with the public and her wishes on that should be respected. After her repeated denials, Azalea decided to get her lawyers involved in the sex tape scandal and her tactic is kind of bizarre.

Then again, it might not make as little sense as you might think. Azalea is suing Williams for releasing her early music without her consent and for forging her name on a contract that gives him the right to distribute any recordings of her. Since Azalea shut down the possibility of releasing a sex tape and claiming it was her in it, Williams was going to fall back on that contract Azalea signed in order to release the tape as a "music video" with her songs as the soundtrack. Seriously. Are you disgusted yet?

The Hollywood Reporter obtained a copy of the legal papers that Azalea filed against Williams and in them she claims that the contract is a forgery. While she did sign an artist management contract that Williams kept a copy of, it has since been doctored by Williams into a music recording and composition agreement, the papers state. It sites several tell-tale signs that the contract isn't genuine, including, among other things, mismatched font in the contract. Azalea is also seeking a ruling that "he and companies doing business with him have no right to use the Iggy Azalea mark or to control commercial uses of her name and likeness."

While it's strange that the lawsuit doesn't mention the sex tape at all, since shutting down the release and distributing of their intimate photos has been the primary focus of other recently victimized celebrities like Jennifer Lawrence and Kate Upton, it could be that Azalea is simply picking the fight that she knows she can win. After all, for all of the legal actions that Upton and Lawrence are taking in their own cases, the pictures are still available somewhere on the Internet and the average man on the street has proven completely willing to admit that they have or would look them up.

It's sad that Azalea is more likely to win a copyright case than she is to win a case over a cease and desist on the release of a sex tape against her will, but unfortunately that remains the kind of society that we're living in and change is slow in coming. At the very least, it's good that Azalea is taking a stand for herself and unafraid to protect her rights in whatever way she has to do it. It's been too long that victim blaming has prevented women from getting justice in situations like this.