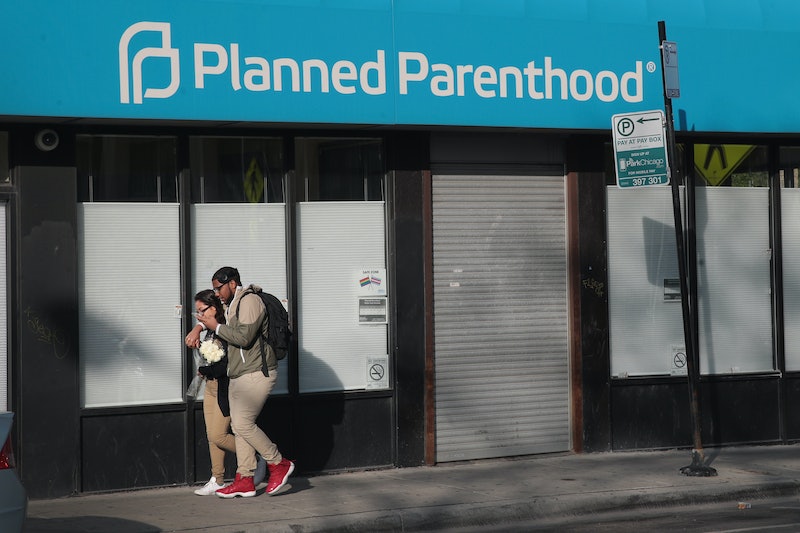 In a recent article for The New York Times Magazine, writer Emily Bazelon declared the end of abortion clinics in both America and the world at large. The evidence is there: with nearly 90 percent of U.S. counties lacking an abortion provider, and more clinic closures on the way due to new state restrictions, abortion clinics are quickly becoming a relic of the past. To counteract the growing dearth of abortion access, providers have turned to telemedicine abortions, a practice that may become more popular after the Iowa Supreme Court blocked a telemedicine abortion ban from going into effect.

For the last few years, Planned Parenthood of the Heartland in Iowa has successfully operated the telemedicine abortion system, which provides doctor consultations of the abortion pill via video-conferencing. But in 2013, the Iowa Board of Medicine banned the system, claiming it was dangerous for patients — even though it concluded the program was completely safe in 2010. Planned Parenthood appealed the board's decision, and can continue the practice for the time being.

The Iowa Supreme Court's ruling is the first major victory for telemedicine abortions. The method is currently banned in 17 states — including Texas, where it was attached to the law responsible for closing most of the state's clinics. But telemedicine abortions have taken hold in Iowa, where it's used to provide abortion services to women living outside metropolitan areas, erasing the need for patients to drive hundreds of miles and book a hotel stay for an abortion.

But 500-mile round trips to an abortion clinic isn't limited to Iowa women. The rapid clinic closures coupled with strict abortion regulation such as 72-hour waiting periods and state-mandated counseling have rendered abortions inaccessible to a majority of American women.

The Rise Of Telemedicine Abortions

Planned Parenthood of the Heartland launched its telemedicine abortion program in 2008 — the first of its kind in America. Six years later, the program remains an outlier in reproductive health care. How exactly does telemedicine abortion work? Well, it's been called a "webcam abortion." According to the Guttmacher Institute, 40 states require abortions to be performed — or in the case of the abortion pill, monitored — by a physician. But when there's only a handful of clinics in a state or region, finding on-site doctors can be tough, particularly in rural areas. In Iowa's case, 85 percent of the state's counties — accounting for a whopping 50 percent of Iowa women — don't have an abortion provider. As Jill June, CEO of Planned Parenthood of the Heartland explained to The American Prospect in 2013, only three of Iowa's 17 Planned Parenthood clinics had an on-site doctor. Some of those doctors would travel to other clinics in the state, but it still left 11 Planned Parenthood centers unable to provide abortion services.

So, instead of going to the clinic to take the first dose of the abortion pill, mifepristone, Planned Parenthood created a safe and accessible system for medical abortions. Women can simply video-conference with the physician, who will outline the steps of the medical abortion and monitor the patient taking the first pill. Although the telemedicine system still requires women to travel to a clinic or medical office for an ultrasound procedure and to sign an informed consent form, the patients don't have to make the long haul to an abortion clinic that's hundreds of miles away.

Since 2008, Planned Parenthood of the Heartland has performed more than 6,400 abortions through its telemedicine abortion system.

As For Other States?

The success of Iowa's program led other independent clinics in rural regions to try to create their own. North Dakota, which only has one abortion clinic, had a fledgling telemedicine abortion program, though it was blocked in 2013 by a law requiring doctors to be in the same room as the patient when administering the abortion pill.

Texas abortion provider Whole Woman's Health, which runs several clinics in the state, also tried using the Internet technology back in 2008. Whole Woman's Health runs the last remaining clinic in the Rio Grande Valley, a rural area about 300 miles south of Austin that's one of the poorest regions in the U.S. Through the video-conference technology, doctors at the Austin clinic didn't have to travel each week to the Rio Grande Valley, increasing the number of days each month medical abortion services were available.

However, the Texas legislature passed a law in 2012 requiring abortion doctors to describe and show ultrasound images to the patient, which meant they had to physically be in the same room. A year later, Texas tacked on a telemedicine ban in its infamous anti-abortion legislation HB2, ensuring that telemedicine abortions will never be practiced within the state of Texas.

Women On The Web

Although the restrictions on telemedicine abortions are increasing, this doesn't necessarily mean it's the end of accessible abortion — yet. Use of telemedicine abortion is hardly limited to the U.S., and the practice has found quite a lot of success across the globe. Leading the way is Dr. Rebecca Gomperts, a Dutch physician who created Women On Waves, an international campaign that provided abortion services to women in countries where abortion was outlawed. Like the name suggests, Gomperts and her crew would provide the procedure on a boat docked in international waters, where the laws wouldn't apply.

Eight years ago, Gomperts transitioned from the water to the Web. She turned Women On Waves into Women On Web, an international online resource for women seeking abortions from across the globe. Through the telemedicine service, Gomperts and her staff help secure the abortion pill for women in foreign countries, and provide online consultation on how to take the drug. Women On Web provides a solid framework for telemedicine abortion systems. However, the program only deals with women who live in countries were abortion is outlawed. Gomperts told The New York Times:

I know that it’s difficult, because abortion is not accessible to them. But this is not our work. I think this is a problem the U.S. has to solve itself. There are so many resources, so much money available there for abortion rights groups, I think they should be able to work on this. Starting on paper, with changing the laws.

More like this
How To Fight For Reproductive Rights, Based On How Much Time You Have
By Courtney Young
Michigan’s Governor Is “Going To Fight Like Hell” To Protect Abortion Access
By Andrea Zelinski
16 Novels That Paint A Realistic Portrait Of Abortion
By K.W. Colyard
Sandra Bullock, Girlboss Extraordinaire
By Matt Harkins & Viviana Olen
Get Even More From Bustle — Sign Up For The Newsletter