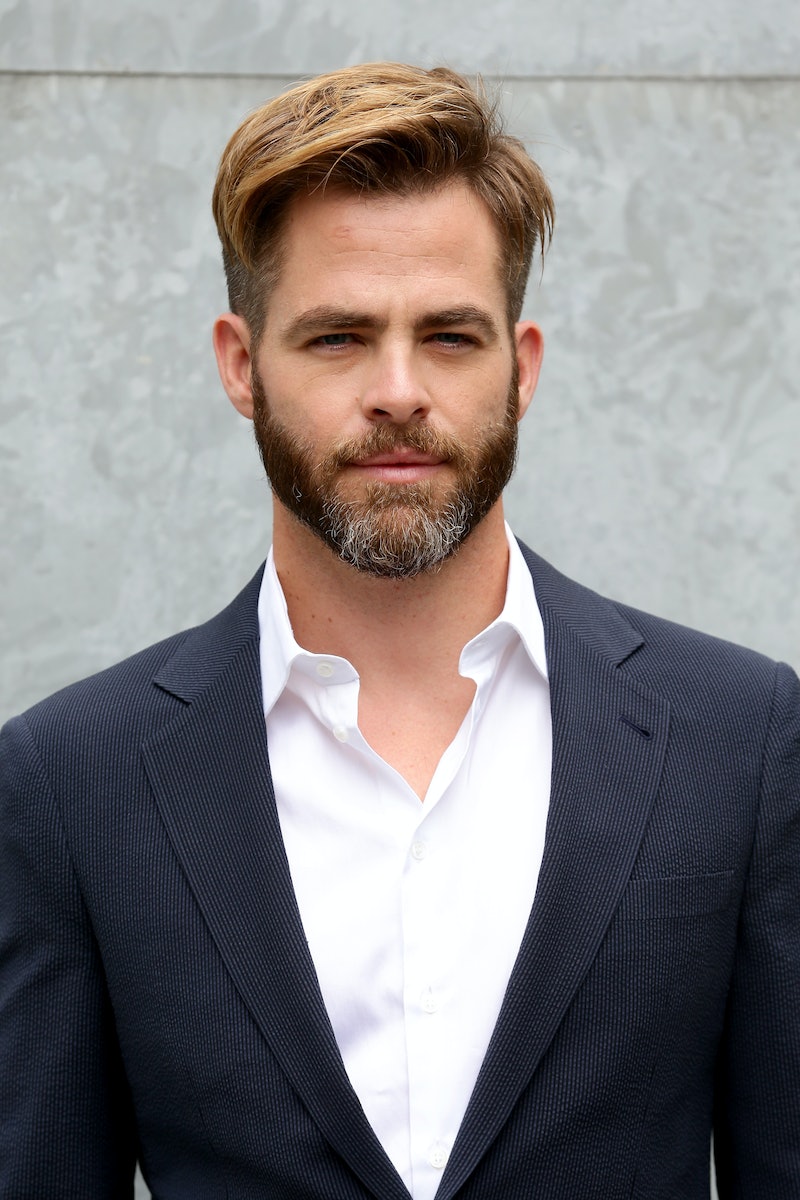 Is an epic Star Trek and X-Men crossover in the works? Well, since that would make absolutely no sense, probably not, but judging from how cozy Chris Pine and Zoe Kravitz looked at the Coldplay concert Wednesday night, a Pine-Kravitz crossover just might be. This comes as no surprise since Coldplay's latest concert at the Ace Hotel in downtown Los Angeles was the absolute hot spot for emerging celebrity couples. Pine, 34, and Kravitz, 25, were joined by One Direction's Harry Styles and a mystery girl, as well as Jennifer Lawrence, who reportedly looked smitten while watching her new flame Chris Martin perform on stage. I guess Coldplay's new album is more of an aphrodisiac than I thought? Pine and Kravitz definitely seemed to think so.

This isn't the first time they've hung out, either. The unfairly good-looking pair was spotted in September 2013 together during London Fashion Week, and were rumored to be having some sort of fling all the way back in 2010 when the Jack Ryan actor got close with Kravitz in New York during the Met Ball. Could they be back on? (Or on for the first time? Who knows what was really going on before!) Both are up-and-coming actors, hot, allegedly single, and most importantly, both enjoy Coldplay songs, so why not? They might actually be a good match.

Pine definitely has a bit of a bad boy streak in him, and Kravitz, besides being a badass actress in action movies like Divergent, is the lead singer for her band Lolawolf. They could be a modern version of Angelina Jolie and Billy Bob Thorton, just with less vials of blood and more... Oscars? Yeah, let's go with the Oscars. Pine and Kravitz don't have them yet, but it could happen.

Most recently, Kravitz was linked to her on-again, off-again boyfriend and X-Men co-star Michael Fassbender, and Pine has been linked to model Iris Bjork Johannesdottir in the past, but maybe listening to the sweet sounds of Chris Martin's vocal cords reignited their connection? Looks like nothing brings people together like Coldplay.