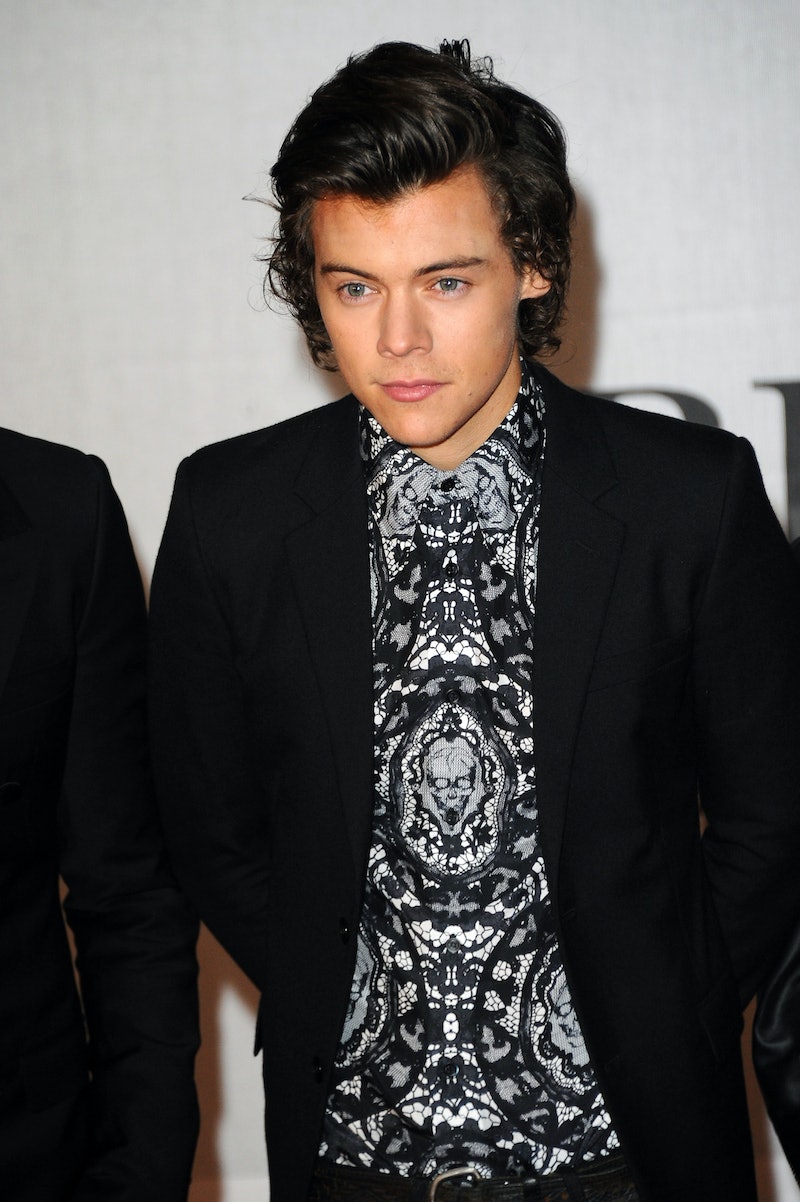 Hold on to your man-buns, Directioners, because Harry Styles might have a new girlfriend. Apparently the 20-year-old singer needed a break from Liam, Niall, Zayn, and Louis, who are all on One Direction's Where We Are tour, and decided his time romping around downtown Los Angeles Wednesday night would be better spent with a mystery girl. Harry Styles attended a Coldplay concert at the Ace Hotel and was seen walking around with an unknown woman. Relax, though! Although no one knows if anything scandalous went down inside (because Harry is a perfect angel, obvz), it's likely that the pair had a very tame date night — it was a Coldplay concert after all. Albeit, a very romantic, beautiful, dreamy Coldplay concert, but still.

So, what exactly is Styles' idea of a perfect date night? We already know he's into taking girls on walks through Central Park and getting an adrenaline rush with them on the slopes, but going to a concert is something new. If his plan to woo the general female population is having them serenaded by Chris Martin, it's safe to say he's not losing points with anyone, though. Just picture it: the lights in the concert venue dim, Styles puts his arm around his lady friend, the curtain rises, and the sweet, melodic notes of "Magic" start filling the air. If anything other than "GET IN MY PANTS NOW" was running through her mind, then she's a stronger person than I am.

There's no word on who his date was (other than that she currently holds the title for Luckiest Girl on Planet Earth) or if they finished the night by meeting up with the rest of his 1D bandmates, but if this was in fact a date, there's no way she could turn him down. Who could?!

More like this
'Dirty Dancing's Jennifer Grey Wants Harry Styles To Be The Sequel’s Love Interest
By Grace Wehniainen
Harry Styles Is Set To Rival Tom Hardy With His Own CBeebies Bedtime Story
By El Hunt
Is Megan Fox Pregnant? MGK Gave A Shout-Out To Their “Unborn Child” Onstage
By Hugh McIntyre
Britney Spears Set A Wedding Date With Fiancé Sam Asghari & Previewed Her Dress
By Bustle Editors
Get Even More From Bustle — Sign Up For The Newsletter