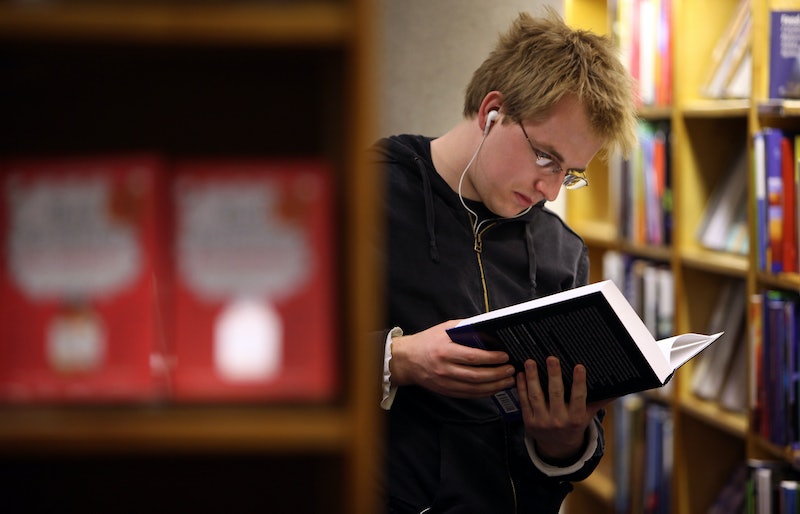 Of course, the gaffe was discovered thanks to the watchful eyes of the Twittersphere. A Twitter user who was, er, familiar with the material, recognized the actress from her seminal adult movie, Costume Play Working Girl. According to RocketNews24, this user then tweeted pictures of the movie (and the star); soon, students in Thailand were looking at their schoolbooks in a whole new light.

The picture was featured on the cover of “Basic Mathematics,” published by MuangThaiBook. The cover isn’t in the style of your standard U.S. textbook, but it’s relatively normal for Thai educational books — bright, colorful and filled with studious-looking people. One of these happens to be a glasses-wearing, besuited teacher peering at folder titled, “Mathematics” — all very vanilla, until you realize that teacher is Mana Aoki, top-paid Japanese adult film actress, and she’s about to do a whole other kind of teaching.

Over three thousand copies of the textbook were sent to ten universities across Thailand, before the publisher was alerted to their mistake. Apparently, they’d found the image on the internet, without realizing that it was a screenshot of the X-rated movie. (It's still not clear quite what site they were searching. I'm guessing not Getty Images.)

"We will recall the problematic textbooks from every college that purchased them, and we will ship textbooks with new covers to them," Dr. Chaipruek Serirak, secretary general of the Vocational Education Commission, is quoted as saying by the Toronto Sun. "The cover and book design will only use drawings or photos taken by the compilers. There will be no more searching for images on the Internet."