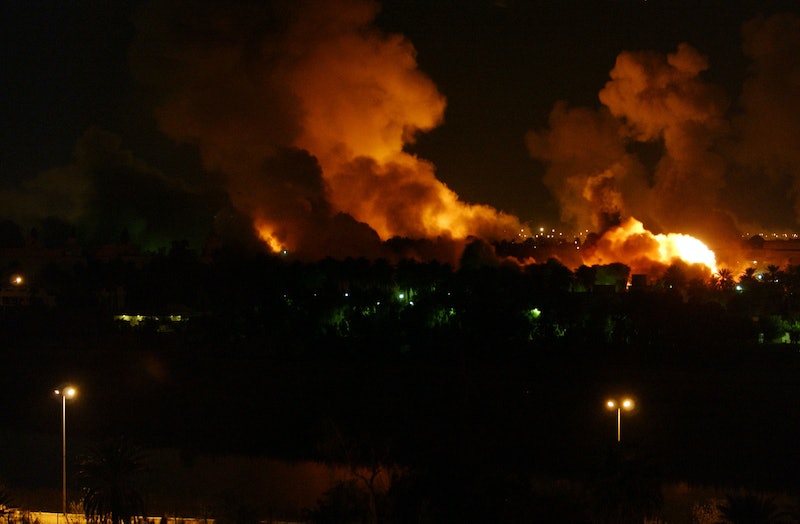 In India, an epically botched translation job has resulted in a middle school textbook with more than 59 factual errors — including the assertion from the Indian textbook that Japan nuked the U.S. during World War II. The book has already been distributed to over 50,000 students, and while the state agency responsible for disseminating it has apologized, the book hasn’t been recalled. And you thought American textbooks were bad.

“We are trying to bring out an errors list and publish it on the internet,” said Nitin Pethani, the executive president of the Gujarat state board of school textbooks. “We cannot recall the books at this stage. But we give an assurance that we will correct the mistakes.”

As a few historians here and there have noted, it was the U.S. that dropped the atomic bomb on Japan in World War II, not the other way around. The textbook also misstates when Mahatma Gandhi was assassinated; claims incorrectly that “proportion of poisonous gas CO3 has increased due to cutting of trees;” and mistakenly refers to the nation of Pakistan as “Islamic Islamabad.”

"We have set up a two-member committee to look into these errors and make changes immediately. We are also initiating action against the panelist who had vetted the books," said state Education Minister Bhupendrasinh Chudasama in a statement.

Here’s the real question: Does two people working together truly constitute a “committee?” It seems like you’d need at least three or four people for it to be a proper committee. Maybe that’s a question for the next edition...