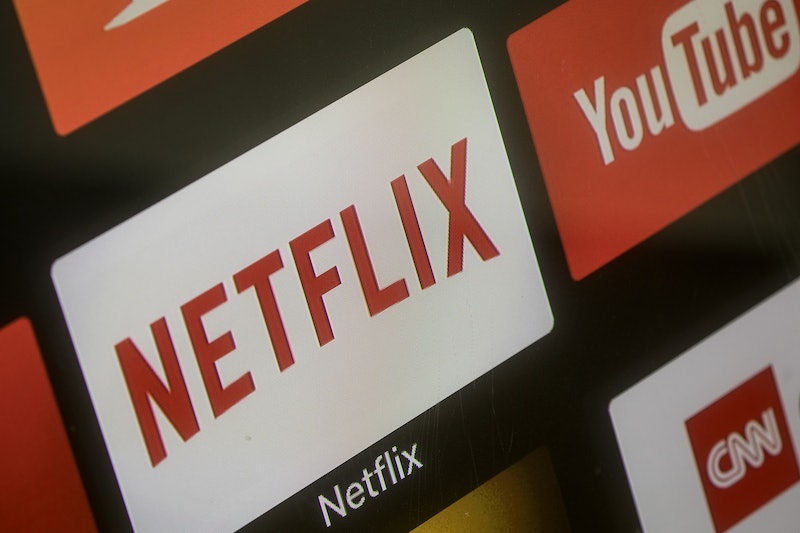 Blue is the Warmest Color

Update: Blue is the Warmest Color is no longer available to stream, but is on Netflix DVD, and can be streamed on Hulu, iTunes, and Amazon Video.

Famous (or infamous, depending on your take) upon release for its lengthy and explicit lesbian sex scenes, this award-winning film can now be "enjoyed" in the privacy of your own home, instead of in a packed movie theater full of strangers watching in total, awkward silence.

Perfect for: People who want to get off and see what sex with a girl looks like, but also want to feel informed about recent high-brow cinema.

Boasting the classic “art film” pairing of a dour plot and extremely energetic full-frontal nudity, I Am Love also has the added bonus of being filled with soft, breathy Italian-language whispering and vacation-porn shots of the Italian countryside.

Perfect for: People nursing long-standing crushes on Tilda Swinton, or David Bowie during the time period where he looked like Tilda Swinton.

If you spent any part of your adolescence lusting after dudes with guyliner, you're going to like this movie (which is also a great magical-realist history of glam rock, besides).

Perfect for: People who were spending all their free time imaging what Ewan MacGregor might look like shoving his hand down his pants, anyway.

This magical realist classic was the sexy indie film of the early '90s, with a title that actually translates to a slang term for "sexual agitation." Try hard not to think about how your parents probably watched it on a "date night."

Perfect for: People who love doomed love stories and nudity.

This 2001 film was also the sexy indie film of its era, which should come as no surprise, what with the word "sex" literally being in the title and all. Critics describe it as "lyrical" and "non-linear," which translates to "beautifully shot movie where people are constantly taking their clothes off for no reason."

Perfect for: People looking for a beautifully-shot movie where people are constantly taking their clothes off for no reason.

Update: En La Cama is no longer available to stream, but is on Netflix DVD.

You really can't miss the sex scene in this Chilean gem, because it happens in the opening credits. Then it happens again. And again.

Perfect for: Anyone who likes good-looking Latinos and Before Sunrise-esque conversation.

Two women have a chance encounter in a nightclub, and then return to the titular hotel room to bang it out, but also talk about their feelings a bunch.

Perfect for: People who are as turned on by feelings as they are by the idea of two good-looking women having sex in a bathtub.

If scenes filled with dewy, nude, heaving bosoms don't do it for you, this 1994 film about a colony of bohemian artists and models in Australia is also the feature film debut of Portia de Rossi. So, you know, it's historical, and stuff.

Perfect for: Anyone who has nursed a fantasy about doing something saucy while wearing an old-fashioned night gown.

Update: Concussion is no longer available to stream, but is on Netflix DVD, and can be streamed on Google Play, Vudu, Youtube, iTunes, and Amazon Video.

A lesbian housewife with a concussion becomes a prostitute in this sexy-yet-depressing film, which is loosely based on a true story.

Perfect for: People nursing intense Belle du Jour fantasies; people who are into desperate housewives of all stripes.

Update: Veronica is no longer available to stream.

Film critics have described this dark Brazilian coming-of-age drama as "sensual," which roughly translates to "non-stop sex, please don't accidentally watch this on a first date."

Perfect for: A second date.

If you think you're not into guy-on-guy action, this indie movie about a weekend fling will change your mind. The guys are hot AND British AND talk about their feelings.

Perfect For: Anyone who wants to expand their ... uh... mind.

Update: Lust, Caution is no longer available to stream, but is on Netflix DVD, and can be streamed on Vudu, Youtube, Google Play, iTunes, and Amazon Video.

Ang Lee's award-winning film is both a serious look at the Japanese occupation of Shanghai during the 1940s, and probably the filthiest, kinkiest thing to play at your local art house cinema in the past decade.

Perfect for: People who share a Netflix queue and don't want to have to do a lot of explaining.

Y Tu Mamá También is sort of like the Twinkie of mainstream movies with explicit content — it’s a really obvious pick, but it’s popular for a reason. And that reason is the wall-to-wall sexcapades of Gael Garcia Bernal and Diego Luna — with their girlfriends, their road trip companion, and, eventually, each other. Watch it with someone you love/ like/ can tolerate/ one of those face washer thingies with the handle that vibrates.

Perfect for: People who accidentally entered puberty while watching this on cable in the early 2000s.