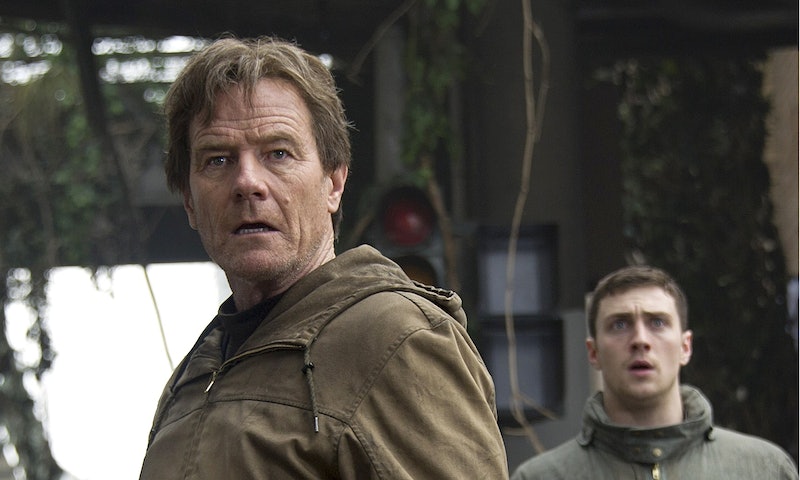 Walter White lives on! Well, in a movie easter egg that is. One clever /Film reader noticed that in the Godzilla credits, there's a brief reference to Breaking Bad when Bryan Cranston's name comes on the screen. During the intense opening credits, pieces of government documents flash by on the screen and then get CIA-style redacted. When Cranston's name appears, the notation above it reads, "Walter Malcolm has claimed that government men dressed in white lab coats routinely appear at the site. Shortly after the event all residents are sworn to silence." But then the words are quickly blacked out and all that's left are the words "Walter" and "white."

It's a super quick Easter egg; the words flash by in a second and I had to watch the video frame by frame to see it. It's a wonder it was ever discovered. But fortunately for us it was, and it's always nice to get a nod from another Cranston project towards the show we all know and love.

And it makes sense, too, because Heisenberg is just as scary as the monster from Godzilla. It's only fair that Walter White exists in the world of the Godzilla movie, even if only for a second.

Watch the video below to see if you can catch the easter egg for yourself. (It's around the 50 second mark.)

But in case you didn't see it, here's a still of the awesome Breaking Bad reference.