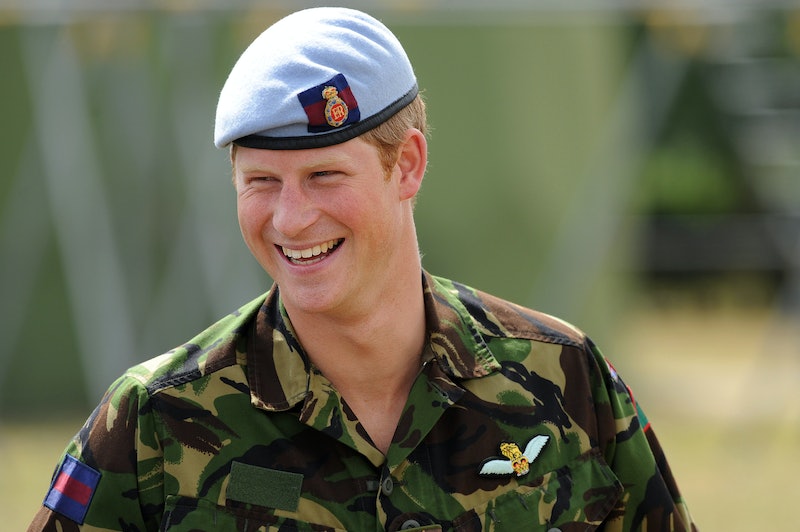 Apparently Prince Harry and Cressida Bonas might be getting back together. Wait. What? As an avid fan of the royal family’s personal lives, this is all moving a little too quickly for me. According to The Sun, Prince Harry and Cressida Bonas went on a movie date together on Tuesday night. But what about the breakup? And Harry's alleged new girlfriend? Let’s back it up because there are a lot of unanswered questions about this news.

So Harry & Bonas went on a date?

Rumor has it that Prince Harry and his ex-girlfriend were spotted on a date at the Odeon Theatre in London. The former duo made it a point to leave separately, so who knows what’s really going on.

And they watched a Cameron Diaz movie?

Fellow movie watchers claim that that the exes attempted to “blend in” with the rest of the audience members who were there to see Sex Tape starring Cameron Diaz and Jason Segel. Maybe if they were seeing a better movie the audience wouldn’t have been looking around the theater so much?

Wasn’t he spotted with another ex over the summer?

Reportedly, Prince Harry reached out to ex-girlfriend Caroline Flack for support to cope with the Cressida Bonas breakup. Harry and Flack dated back in 2009, and at the time of Prince Harry's alleged call for support, Flack was in a serious relationship with Jack Street.

Bonas has been around a lot these days, hasn't she?

Bonas was present to support the prince at the Invictus Games Closing Ceremony where he gave a speech on Sunday. There are even reports that she was at Harry’s 30th birthday party.

And was Bonas the only ex present at the soiree?

Harry’s other ex, Chelsy Davy, was also rumored to attend.

So What About The Other Woman Harry Was Said to Be Dating?

It was reported in August that Harry was dating Camilla Thurlow. Is she just gone now? Did she never exist? Or...

Is Harry just super friendly with all of his lady loves?

According to a source who spoke with the Daily Mail, "Harry likes to keep in touch with his old girlfriends." If Harry really does have a history of keeping in touch with and hanging out with his exes, this could just be normal behavior.

So are they really getting back together?

Maybe he really is trying to get serious now that he’s turned the big 3-0, but there is no official word on the rekindling. Until then, the world is watching. No pressure or anything, guys. Keep doing your thing.