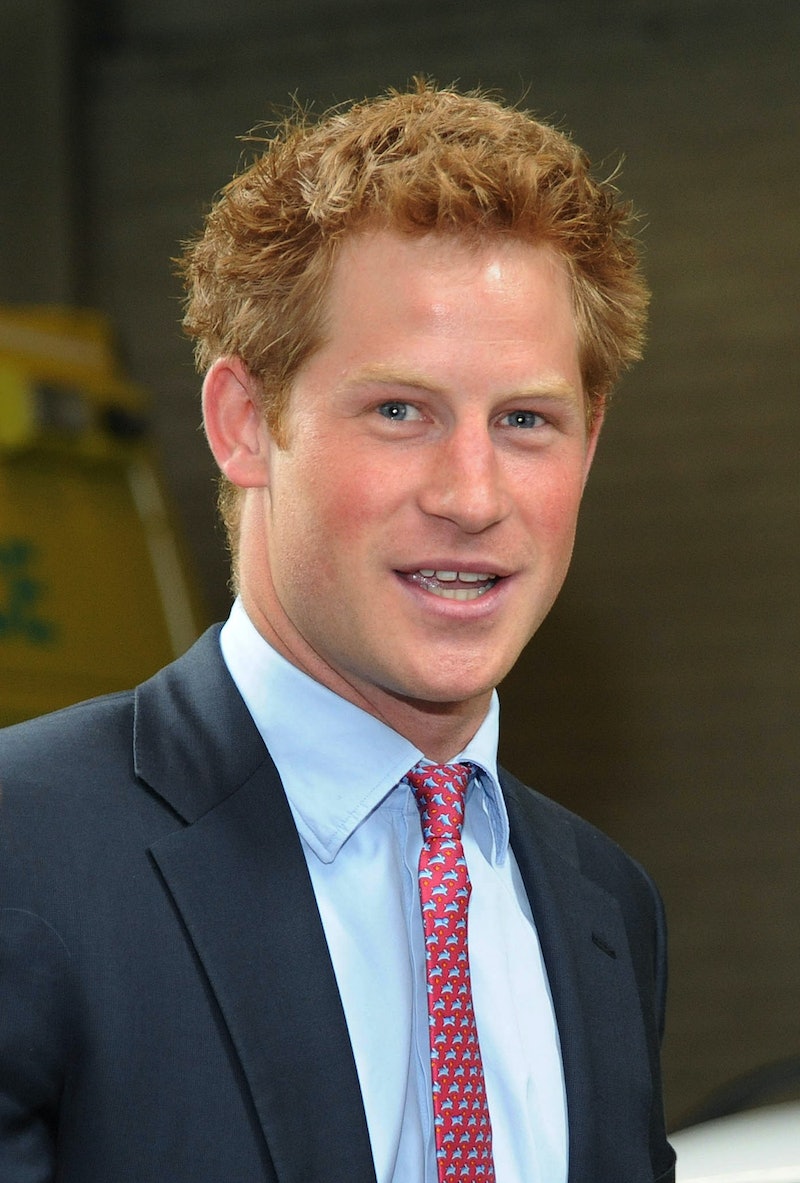 Harry. Dude. What are you doing? Not long after England's most eligible prince broke up with England's biggest scrunchie lover, Cressida Bonas, he's reportedly been dating a woman named Camilla Thurlow. Now, it isn't completely crazy that Harry, a young, single dude with a penchant for pretty ladies, would quickly move on to another gal post-Cressie, but there's something a little weird going on with his latest love. Thing is, Camilla looks exactly like Kate Middleton. Yeah. She's a beautiful woman, but not gonna lie: it's a little weird. Also, there's the fact that she has the same name as his step mother. This is all too incestuous, Harry.

This, of course, could all be a coinky-dink, but the one inneresting, hard-to-ignore aspect of this whole thing is: typically, Harry dates blondes. From Chelsea Davy to Cressida Bonas, when was the last time we saw the prince with a brunette? Been a while. Inspired by his brother's wife? I'd say it's definitely a possibility. (And so are other people, calling Thurlow a "dead-ringer" for the Duchess.) Camilla is a beautiful woman — she's a former Miss Edinburgh — but certainly a deviation from the usual tow-headed ladies we're used to seeing Harry with.

Personally, I think it would be great if Harry settled down with Thurlow (or anyone for that matter already!), but I could just imagine the cat fight-insinuating headlines about her and Kate that would ensue if he did.

Kate & Pippa to Camilla at Poppy Day: "No, You Totally Can't Sit With Us!"

The Duchess of Cruelty: Kate Ice-Cold to Camilla at Christmas Dinner (And Queen Liz Joins In on the Fun!)