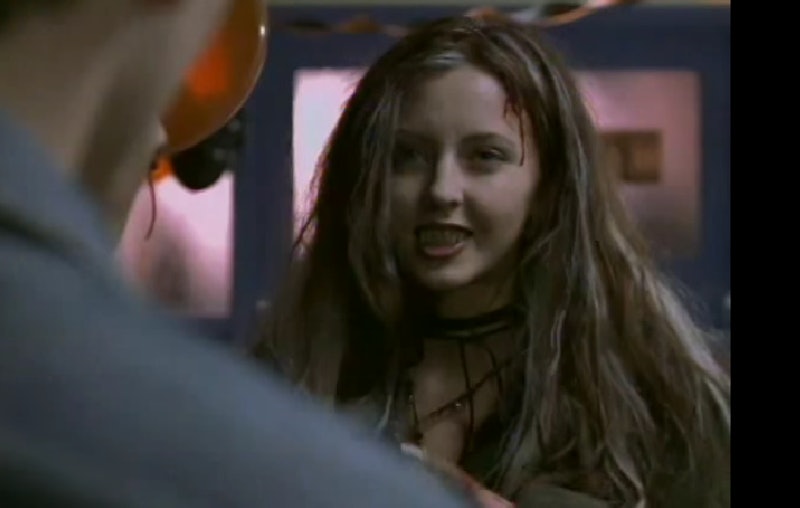 They're here. Pumpkin spice lattes, infinity scarves, and yoga pants get so much attention as fall begins to approach that they almost eclipse one of the best parts of the changing weather: new horror movies. American Horror Story: Freak Show, creepy doll movies are starting to pop up, and the sexy Waldo costumes are back in stock. GET EXCITED. It's time to anticipate to upcoming horror movies that await us this fall, most notably, the return of Paranormal Activity. Dun dun DUUUUUUN. In case you weren't properly horrified by Paranormal Activity 1, 2, 3, OR 4, the franchise is coming back for a fifth installment with Paranormal Activity: The Ghost Dimension . Though Entertainment Weekly reports the movie's release date has been pushed back to March 13, 2015, that gives us all the more time to revisit the the first film and appreciate its 2000-ness. And maybe the second, third, and fourth, too.

The 2000s, and the early 2000s especially, were a special time when movies about giant spiders, werewolf teens wearing chokers, and killer ruled. As we anticipate AHS Season 4, this fall's upcoming horror movies, and the return of the god-awful "sexy" fill-in-the-blank costume, let's revisit the best, weirdest horror movies from the early 00s you may have forgotten about because you're still having nightmares. That pumpkin spice latte can't save you now.

Definitely gets the award for best/worst/most traumatic death scenes ever.

The franchise that had your tween self afraid to pick up the phone.

THEY NEVER FOUND HER HEAD.

The moral of the story: VHS tapes are obsolete for a reason.

Still not over it.

Jessica Biel in all her early 2000s glory.

More like this
What’s New On Netflix: A Victoria Justice Rom-Com & The Return Of David Letterman
By Arya Roshanian
What’s New On Netflix: The Return Of 'Bling Empire' & A Rebel Wilson Comedy
By Arya Roshanian
Michael & Kathleen Peterson’s House From ‘The Staircase’ Has New Owners
By Kadin Burnett and Kayla Blanton
You Can Thank Spider-Man For The Meme-ification Of Movies
By Dana Schwartz
Get Even More From Bustle — Sign Up For The Newsletter