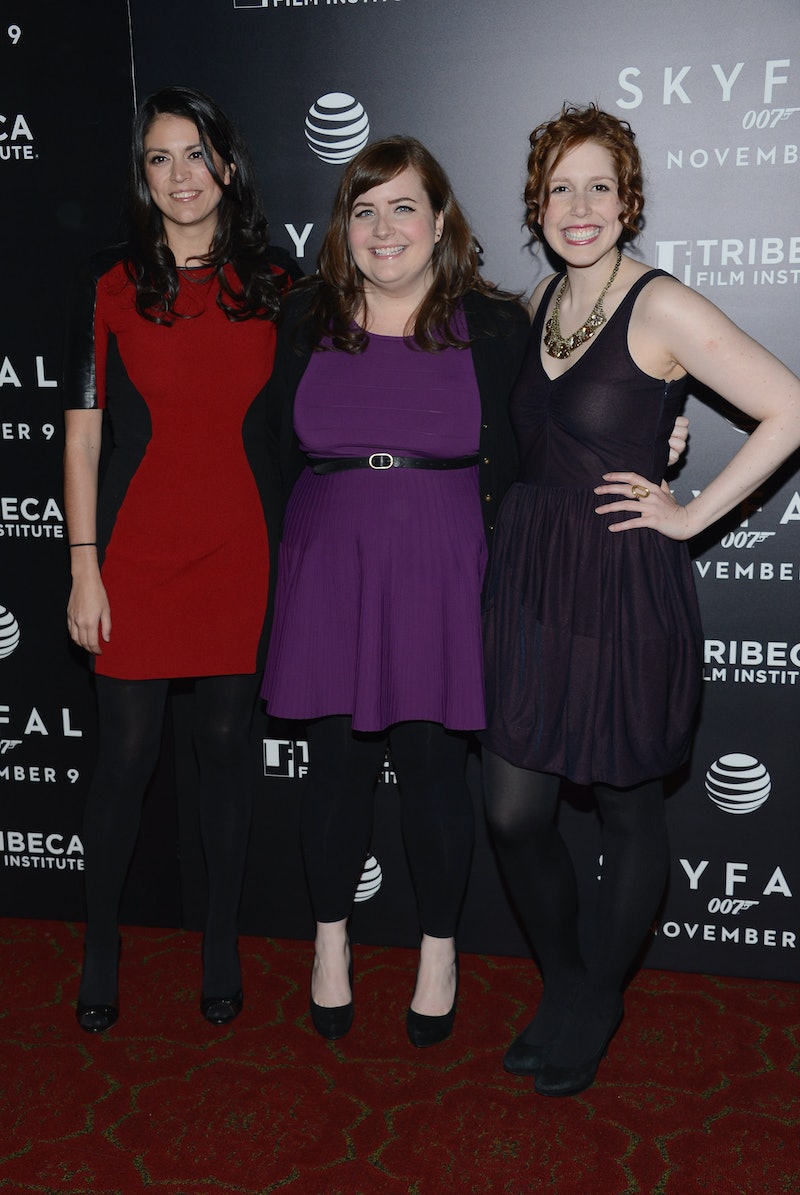 We're starting to sounds like a broken record. Every year, Saturday Night Live waves goodbye to a crop of comedic favorites, and each year, they're replaced by a crop of promising young talent. Only problem is, every year, the talent is mostly male, and mostly white.

NBC has yet to announce which cast members would be replacing the departing Bill Hader, Fred Armisen, and Jason Sudeikis (not to mention the soon-to-be departing future Late Night host Seth Meyers), but rumor has it that there are four front-runners set to secure spots: Beck Bennett, John Milhiser, Kyle Mooney, and Noël Wells. Based on sketches of the comedians available online, all four are very, very funny. But three are also male, and all are white.

Granted, it would seem like a logical swap: Hader, Armisen, and Sudeikis are all male, so why not replace them with male players? (Plus, with Meyers also being a man, we'd be gaining one woman with Wells, right?) But the ratio was skewed in the first place: Only two of the seven current regular players are female (Vanessa Bayer and Nasim Pedrad, both of whom were criminally underused in Season 38). And though three of the four featured players are female, they're still that: featured players, who are not yet considered strong or experienced enough to sit on the full-time team. (That said, if Kate McKinnon doesn't get promoted to regular player this season, it will be a crime on pop culture much more severe than Mr. Wrong .)

And should these four comedians indeed be SNL's final crop, that would bring the ratio to nine men, six women. Indeed, that's far more than previous seasons — even the sketch comedy show's golden age for women (which began in Season 27), boasted 10 men to five women. So, yes, we're seeing progress, but, still, these four additions leave room for more diversity: Only three (Pedrad, Jay Pharoah, and Kenan Thompson) of the 15 would be non-white players. Combine that with the fact that Saturday Night Live hasn't had an African-American female cast member since Maya Rudolph left in 2007, and we can't help but hope for more.

So what's there to do? First, if these are indeed the four players invited on board SNL, let's give them a round of applause: As we learned Thursday, auditioning for the sketch comedy series is no easy task, and we should always laud our ability to witness fresh comedic talent. But let's also hope SNL is considering some other awesome people for their sure-to-be-awesome roster. Like Sasheer Zamata:

Or Issa Rae (who totally doesn't need SNL with an HBO comedy on the way, but still, we can dream):

Or, essentially, any of the litany of talented comediennes out that could bring a sense of diversity to SNL. But, for the time being, we'll enjoy Wells' Zooey Deschanel impressions, and laugh-out-loud watching Bennett outside of AT&T commercials. And look forward to next year when hopefully SNL's ratio evens up.