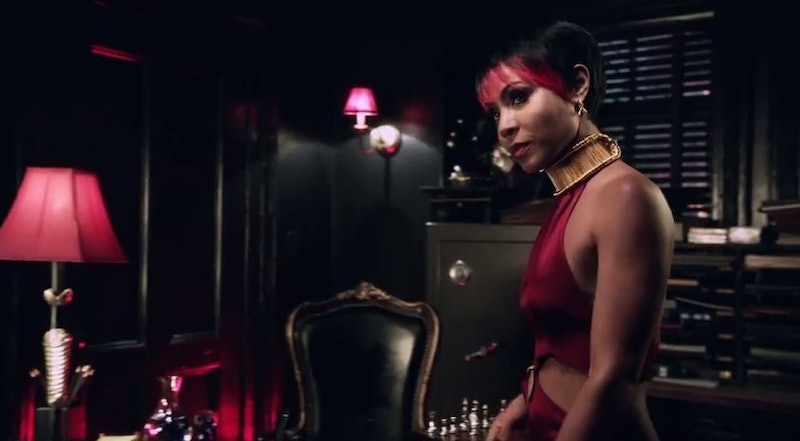 Superheroes may be the characters du jour, but don't get too jaded about their prevalence in pop culture just yet. After all, according to Deadline, we have an entire season of Fox's Gotham to look forward to. That's right: Forget waiting to hear if the Batman prequel is pulling in enough viewers to stay afloat. Fox was so confident in this series that it went along and gave it a whole season order in May of 2014 — months before the show was slated to hit the air. According to IGN's interview with Fox's then Chairman of Entertainment Kevin Reilly, the first season of Gotham will feature 16 episodes, in correlation with the show's "very strong, serialized element." (Meaning: Lots of twists, turns, and character arcs.) Get ready: Gotham will be the show to watch this fall.

But before you commit Gotham to your DVR, you may want to know some basic things about the series. After all, the show — which premieres on Monday, Sept. 22 — is competing with a lot of old favorites for the number one slot in your list of ultimate fall television obsessions. So why should you make Gotham your television priority? Here are some of the reasons why this show will be totally awesome... and well worth the 16-episode order.

It's A Batman Story... Just Minus Batman

We really don't need more Batman, and yet, we're getting it: Batman vs. Superman: Dawn of Justice hits theaters in 2016. It's not that there's anything so wrong with the basic interpretations of the caped crusader as an adult vigilante — a la Christopher Nolan's Dark Knight franchise —it just feels a little bit played out. Enter Gotham, a Batman origin story that not only shows us the early days of Bruce Wayne, but also the many heroes and villains of Wayne's home city of Gotham. We may miss Batman cruising the streets in the infamous Batmobile, but I'll sacrifice action if it means learning more about the world and people that made the vigilante who he is.

Ryan Atwood Is In It!

Better known as actor Ben McKenzie, he portrays a young Commissioner Gordon, who quickly learns that he'll need to become a little more jaded in a city like Gotham. (Ryan could have totally schooled Gordon in that way.)

We'll Learn A Ton About The Villains of Gotham

(FYI, they will be nothing like Jim Carrey. Nothing.)

If you're not a comic reader, you miss out on a lot of nuances of the more minor characters in the Batman mythology. Consider The Dark Knight — what did we really know about The Joker other than the fact that he was, well, totally nuts? That works fine on film, but it's exciting to know that we'll get a great deal of back story for future villains like The Penguin, Poison Ivy, and Gotham's original series creation, Fish Mooney, portrayed by Jada Pinkett Smith.

The City Is A Character Unto Itself

Gotham is a superhero story, but it's about a city with a whole lotta problems — so many problems that the city turns to organized crime and chaos in order to cope. That's what calls Batman to action — he feels obligated to save his city from destroying itself. In Gotham, a desire to fix the problems of a crumbling city sets Gordon on his own hero's path. The city itself is the victim here, and that makes for an intriguing series.