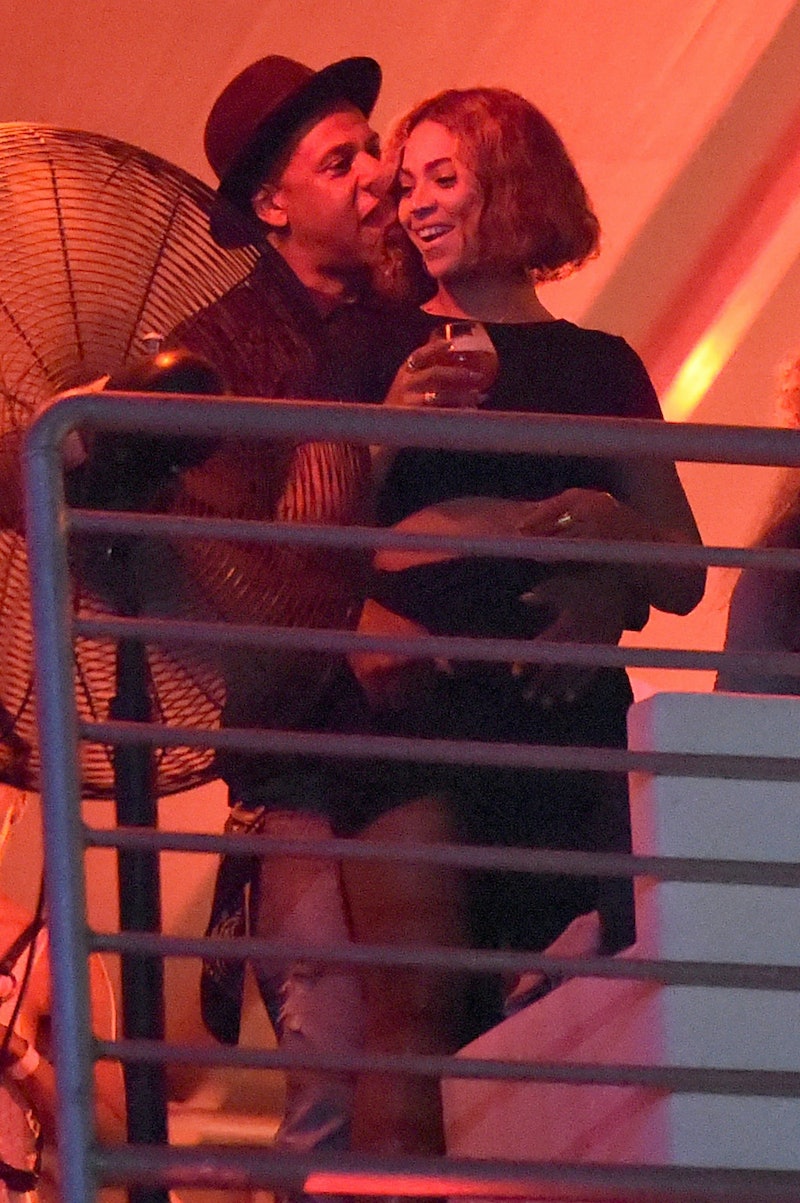 When you think of all of the places on Planet Earth where the HBO On The Run Beyonce tour special could have been filmed, what comes to mind? It's got to be somewhere lavish, humongous, and ground-breaking, obviously, because it's Jay-Z and Beyoncé. To be honest, at first I thought maybe it'll be Texas, because that's where Yoncé was born, but they can do better than that. What about Barclays Center in Brooklyn, NY? Jay is from Brooklyn. But then I realized both of those places were important to only one half of the super couple that is Beyoncé and Jay-Z. So what is the one place that both of them share memories in, a place that is both his and hers? If you guessed Paris, Texas, you're wrong. If you guessed Paris, France, you're right!

Beyonce mega-fans like myself know that Paris, France was not only the last stop on the On The Run Tour, but it also happens to be where Blue Ivy was conceived. In case you're not quite as attached to the Bey-hive, here's a reminder: The lyrics to Jay-Z's Glory mentioned Blue Ivy's conception in Paris, "The most beautiful-est thing in this world, is Daddy’s little girl. You don’t yet know what swag is but you was made in Paris."

So Paris it is, and what exactly does this mean to fans? Four words, you guys: "***FLAWLESS" FEATURING NICKI MINAJ.

I am crying right now because I remember going on Instagram and seeing the shoddy video of this very performance and screaming "Noooooo" at my phone screen. But, it seems we're all going to have a chance to witness Queen Bee and Nicki Minaj's hot single performed live... and then recorded for television.

The HBO special was filmed on September 12 and 13 at Paris' Stade de France, which can can hold over 80,000 people, making it one of the biggest stadiums in the world. Not too shabby if you were to ask me. And while the stadium was originally built to house the 1998 FIFA World Cup, its destiny would become to hold epic performances from over 40 songs from the combined catalogs of King Bey and Jay. Naturally, I cannot wait one more millisecond for this to premiere.