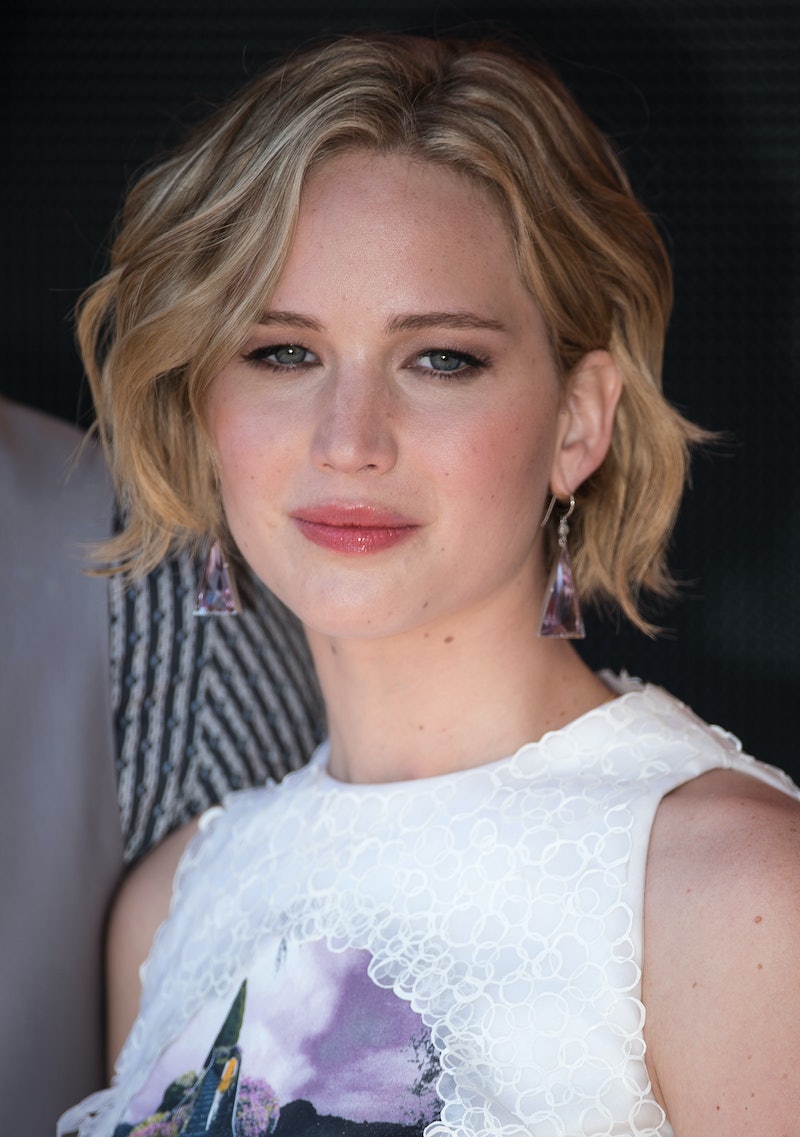 I'm gonna be real: even though I'm not the biggest fan of Jennifer Lawrence, I feel for her lately, because she just can't seem to get a moment of privacy. After Nudegate 2014, of which she regrettably became the poster child, Jennifer Lawrence was hounded by paparazzi on Wednesday night when leaving the Ace Hotel, and not only were there photos taken, but a video was shot of the whole uncomfortable, cringe-worthy thing. Lawrence held her purse up in front of her face as she was escorted to her car, and when she got in, she bent forward and hid beneath the dashboard. Just overall looks like the ultimate, sucky experience.

Lawrence has said in the past how much she hates paparazzi, and has even flipped 'em off before. There's always a chorus of devil's advocates who say that celebrities should deal with the paparazzi, that their invasive procedures are just par for the course, but the swarm of photographers has turned into borderline harassment. I have a strong inkling that the people who think celebs "deserve" to be followed, harassed, and stalked are the same people who cried "Don't put your nudes on the Internet, then!" Paparazzi and leaked nude photos obviously don't rank on the same level of an invasion of privacy, but there's still a callous tone to the dismissal from the public that celebrities should just put up and shut up.

But it's not that simple; in an atmosphere of constant streams of information, tweets, Instagrams, videos, and listicles, there's a high demand for more and more personal details about famouses. Everybody wants to know which stars hang out backstage at awards shows and where Beyoncé went on vacation. And that's natural. Here are these people who are shiny and sparkling all the time, we just want to know how they still have time to go to Starbucks. But when it starts to become vile voyeurism, it creates the demand for photographers to come within inches of celebrities like Jennifer Lawrence, just to get photos of her looking miserable. And who deserves that?