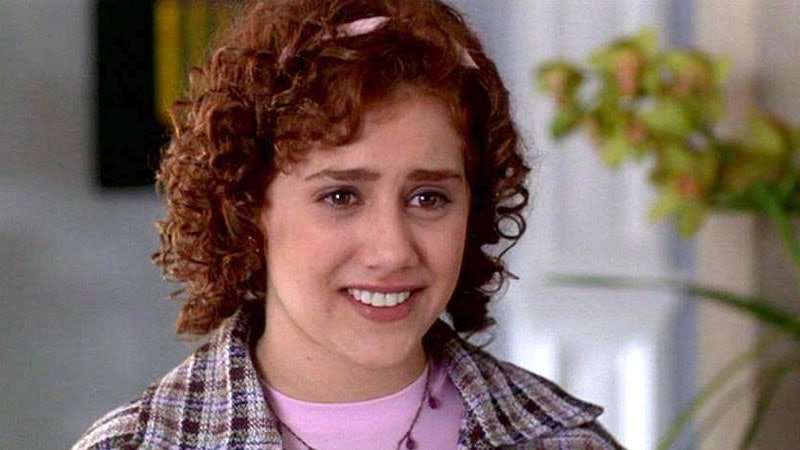 There are people who never feel awkward. Those people are called "sociopaths." For the rest of us, life is basically a never-ending carousel ride of awkward moments, which range from kinda annoying to totally mortifying. This continues even after you're an adult, and own furniture that didn't come from Target, and are at a life stage when you thought you'd be way past this stuff.

Many of our reactions to social situations were formed back when we were in school, when that tiny world of constant forced social interaction was the only one we knew. You didn't literally live or die based on how well you could make small talk, back then —but it certainly felt like you did. Now you have all sorts of things going for you —like, having a bank account, and not having a curfew, and sometimes seeing a penis in real life— but when something awkward happens, it can feel like you're in middle school again, being viciously judged just for feeling a little nervous, and this can send you into a panic that's totally disproportionate to the actual threat level of the situation.

That's the bad news. The good news is: All those people who viciously judged you in middle school are probably super miserable now. And the other good news is there are at least a few tips, tricks, and techniques that can make you look socially adept, take pressure off you, and defray the infinite sadness of feeling socially awkward in our hyper-social world. Wait, does ducking into an alley count as more of a "tip" or a "technique?" (Just kidding!) (Kinda.)

Know You Don't Have to Blow Everyone Away Every Time

It's awesome to impress everyone with your rapier wit or amazing conversation skills, of course. But some days, or around some people, it's just not in the cards. And no one expects it of you! People at a party don't assume you'll be socially dazzling when you walk in the room; odds are, they're either just looking to talk to their friends, or hoping you don't think they're weird themselves. And knowing that can take the load off (which, ironically, can help you feel less awkward).

Go for the Handshake

Plagued by constant heart palpitations over the "handshake, hug, or casual wave" question? Just move for a handshake. If someone is really invested in hugging you, they will; and if someone doesn't want to shake your hand, they're a dick. A handshake is like a basic black dress: it goes with everything, and makes it look like you're together and know the mature, proper way of doing things.

Know There is Very Little Riding on Any Interaction

You have a job, talents, friends, a family who can no longer ground you — why, you may even have pets or small children who think you're totally socially adept and also a magic person who runs the universe. So, with all those things in play, there's actually very little riding on making this convo by the bean dip, or really, any conversation by any bean dip, ever. This bean dipper isn't going to spread vicious lies about you in seventh period chem lab if you have nothing cool to say. If this small talk goes poorly, the worst that can happen is you have an unpleasant few minutes.

Have a Plan in Place for the Dreaded False Exit

Oops, you're actually taking the same train, bus, or walk home. Listen, there's no right or wrong answer here — for some, claiming you have to run an errand and then just waiting ten minutes for the next bus is well worth it to avoid small talk with a co-worker you barely know; for others, waiting those extra ten minutes will leave you pissed and cranky all day. All I'm saying is, know which way you swing on the issue of awkward public transit rides or walks home with people you barely know, before crunch time, because if you decide in the heat of the moment, you will almost definitely decide wrong.

Run into your ex-boyfriend's old roommate on the street? See your mom's best friend's daughter's girlfriend at yoga? Notice that your accountant's administrative assistant is in line at the coffee shop with you? The common thread among these people: All of them are as uninterested in talking to you as you are in talking to them. You don't need to obsess over whether you should go over and chat with them or not — a smile or a wave is sufficient, and will honestly probably win you some extra points. Everyone likes being smiled and waved at! But only some of us like spending a solid minute trying to remember how we know each other, then asking a bunch of nonsense questions about how your mutual friend is (if you actually wanted to know that, you'd just look on Facebook).

Ask People About Themselves

You know how people always tell you to do that in job interviews? Well, it goes for house parties, office mixers, and extended family bat mitzvahs, as well. Most people love talking about themselves, and even if you can only barely get it together to ask a stranger a string of really basic questions, you can usually get them off and running. Chatty folks can easily talk at length about where they're from, when they moved to town, how they met the person being celebrated, all of that kind of stuff. Sometimes it takes a few tries to find what they really like to yak about, but you should be able to hit it fairly easily if you're focused (unless you're also dealing with a fellow awkwardo, in which case ... sorry).

When All Else Fails, Embrace the Awkwardness

Here's the thing: Those weird awkward elevator rides with co-workers who you barely know? No one knows how to handle them, and everyone feels weird about them. So, in a moment when there seems to be no right social move, sometimes the best call is to embrace the fact that the moment is going to be socially awkward, no matter what you do.