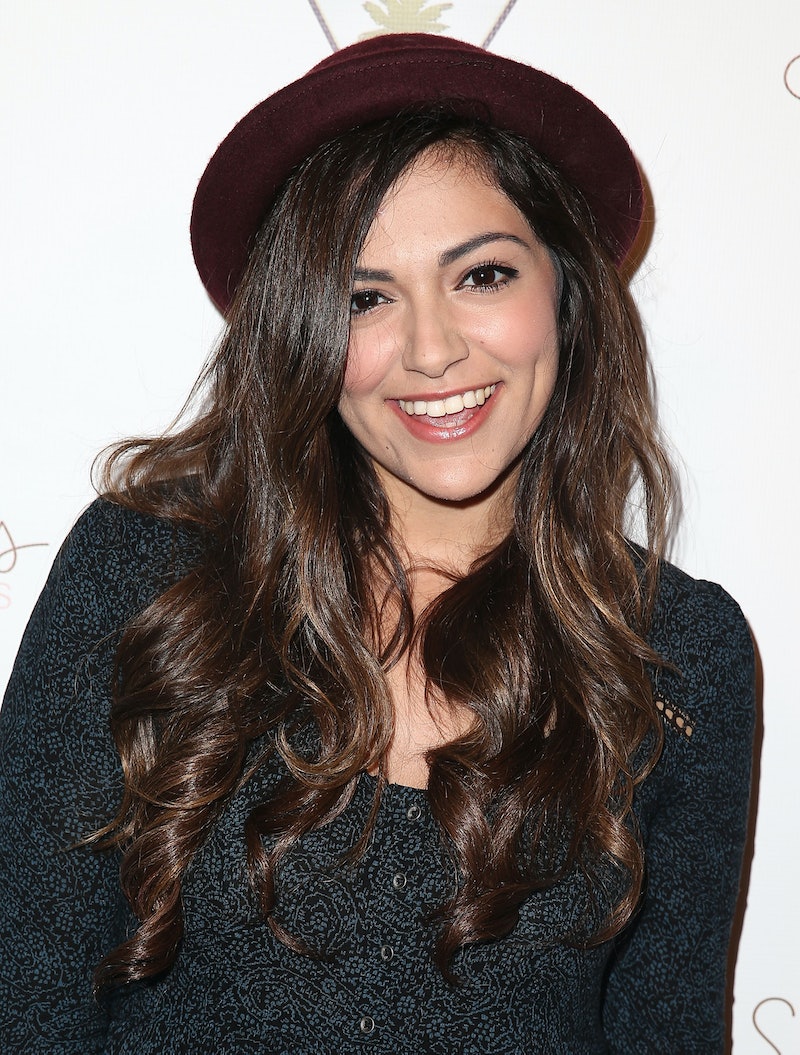 Millions of YouTube subscribers make up Bethany Mota's growing empire, which includes a fashion line, perfume, and appearances on television shows like Project Runway. Now, Bethany Mota is a contestant on Dancing with the Stars , so this empire business seems to be working out rather well. But does Mota have any dance background to help her grapple for the Mirror Ball?

Not exactly. But while dancing has proven the downfall of otherwise successful stars/moguls like Lisa Vanderpump or Kim Kardashian, Mota is enough of a wunderkind that she shouldn't have any problem executing a successful tango or salsa for the judges. For the second episode, Mota will be challenged with the foxtrot, a classic turn of the twentieth century dance that's a bit like the waltz. But despite her lack of formal dance training, Mota should be able to pull through.

First of all, Mota is paired with Derek Hough, brother of Julianne and the closest thing DWTS has to a ringer. Hough is a skilled performer who can usually carry his partners at least through the first few weeks. While Derek and Bethany are just starting to get to know one another, they have a similar vibe: they're both young, almost painfully adorable, and together they look like a Disney prince and princess come to life.

And even though Mota admits that she's never been judged on her dancing before, her big personality comes through anytime she's on camera. Some stars stiffen up when performing an art they're not used to, but Mota sailed through the first week — and she even attempted some pretty cool moves.

And she did it all without a single pre-DWTS dance lesson. While DWTS winners tend to have a dance or athletic background, Bethany might just be able to break that pattern. Here's why this non-dancer could come out on top:

Mota has an infectious smile that will guilt plenty of voters into sending in a vote (or several) for her.

She Makes Being Embarrassed Look Cute

Acknowledging your own mistakes can save a lot of face with the DWTS judges.

Mota didn't become a superstar overnight. It's taken her almost five years and countless videos for her to collect over seven million followers. Practicing a single dance routine all week is probably a vacation for her.

She's Got Millions of Subscribers

If even a small percentage of Bethany's fans vote each week, she'll be secure. And since many of them are excitedly #TeamMoTough and even voting multiple times per episode, she's sure to go far.