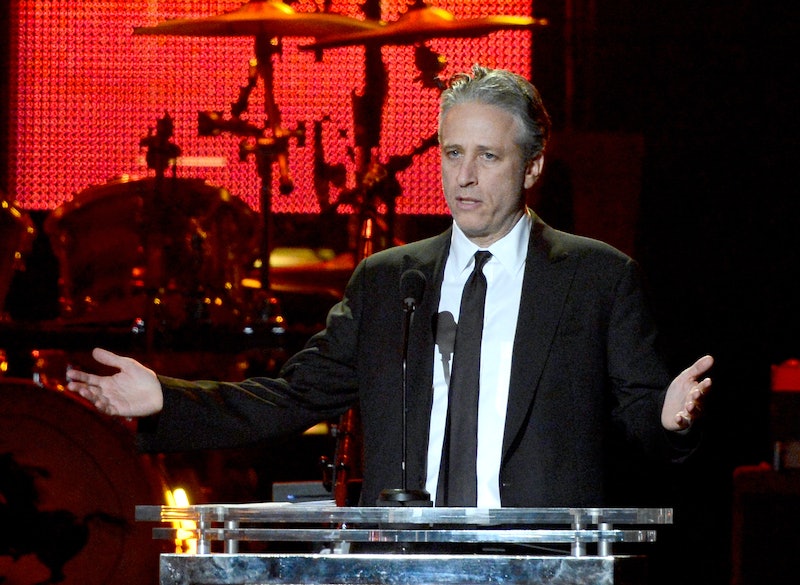 'The Daily Show with Jon Stewart' recently set up a pretty brilliant segment; Washington Redskins fans would appear on the show alongside a group of Native Americans and listen to what they had to say about their team's racist name and mascot. The Washington Post reports that though the fans seemed eager to do the segment at first, they were outraged and upset by the intensity of the criticism leveled at them by the Native Americans.

“This goes way beyond mocking. Poking fun is one thing, but that’s not what happened. It was disingenuous. The Native Americans accused me of things that were so wrong. I felt in danger. I didn’t consent to that. I am going to be defamed.”

Now, I wasn't there, but I'm wondering what the Redskins fans thought they were signing up for. If they were familiar with the often liberal politics and stunts of The Daily Show, they should have expected something like this. I think it would have maybe made them look a little better if they'd been able to take the critique with good nature. The Native Americans had to endure the same from Redskins fans at a tailgate on the show. Both sides seem to have pretty different stories relating to the event. Let's hope that, despite the Redskins fans' efforts, it airs so we find out what really happened.