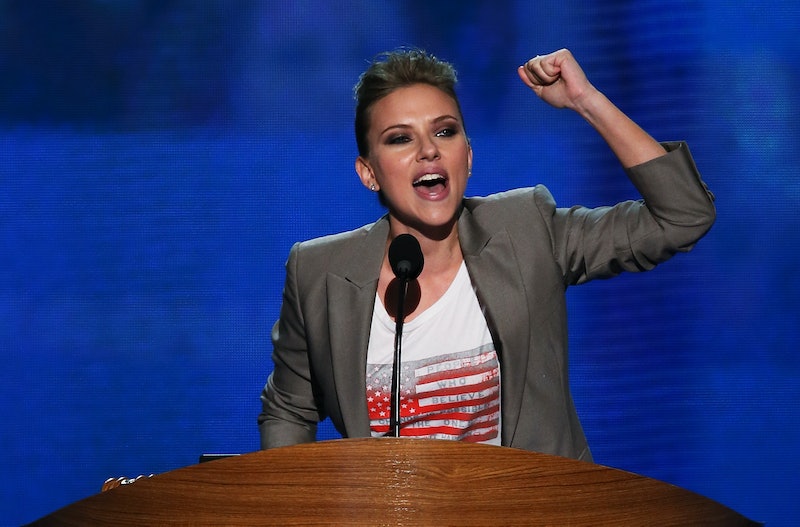 When it premiered July 25, the Luc Besson-directed, Scarlett Johansson-starring Lucy got decidedly mixed reviews. That didn't stop it, though, from proving something that's been being proven all over the place for years now, but that the big studios still seem reluctant to hear: Female-centered films pay off. They pay off big. And they pay off all over. Lucy just crossed $250 million in the overseas box office.

Lucy's kicking ass everywhere it goes. Considering male movie stars have long been given license to get mixed reviews as long as they're at least kinda-sorta bringing in the bucks, seeing Johannson do the same — and definitely with the big bucks at play — is the kind of thing that makes you assume Hollywood's gonna take notice and actually start giving the go-ahead to projects that should have been given the go-ahead long ago. At the very least it should open the door for Johansson and her fellow actresses to be given more wiggle-room in their careers; they've more than proven they're what mass audiences will pay to see, and in all kinds of roles.

The sad truth, though, is that after so many times that women have proven how thoroughly they can crush the box office — Bridesmaids, The Hunger Games, Gravity, Maleficent, etc. — there's still a lot of evidence to back up those jaded souls who'll continue to say that Hollywood's gonna drag its feet in actually catching up to what audiences have been demanding for years. Now if you'll excuse me I'm just gonna close my eyes and picture a world in which Thelma & Louise actually started a revolution.