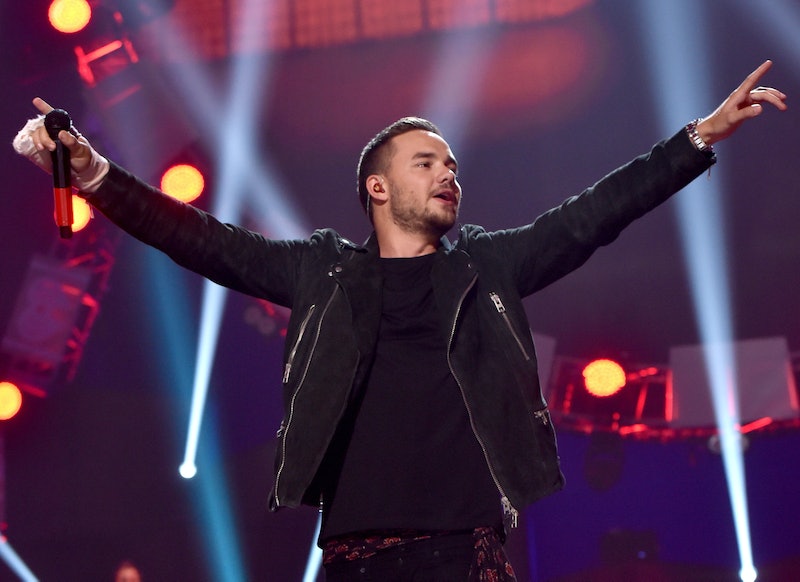 The Internet is full of creeps. Not that I didn’t know that already, but with the recent hacking of celebrity nude photos which are only continuing to spread on the web, I really just can’t handle it anymore. Now, it seems that someone else has decided to take it upon themselves to target celebrities as well after a fake sex video of Liam Payne leaked on Twitter on Saturday. Ugh. All I can ask is why?

The video and photo features two men — one of them appearing to look like the One Direction singer — engaging in sexual acts, which is not only a seriously heinous invasion of privacy for those who were actually involved but is also just downright cruel. Already Payne has taken to Twitter to end the rumors, confirming that it’s not him, and his 1D fans have taken to social media to defend the boy band member.

However, while Payne made a point to say that the man in the video was not him, he also backed up his first tweet with a second to add that he’s not homophobic. He did so after his tweet read, “Wow as if people think that weird photo going around is actually me lol id rather tweet a full frontal than have people look at that” (sic).

After reading this tweet, even I can see how his message could have been misconstrued to make it appear that he’s insulting the homosexual lifestyle, but I’m pretty sure that’s not the case. As anyone likely would after discovering that someone has claimed his or her so-called sex tape has made its way around the Internet, I’m sure it would be easy to get yours words jumbled when you’re attempting to discredit the video. Whatever sexual orientation you may be, having someone claim you’re in a sex tape at all is horrendous.

I wish we could prevent things like this from happening, but I know it’s almost impossible with how huge and public the Internet is. Although we can always punish people once personal and private photos or videos are leaked, I wish collectively as a society we could all be kinder to each other.