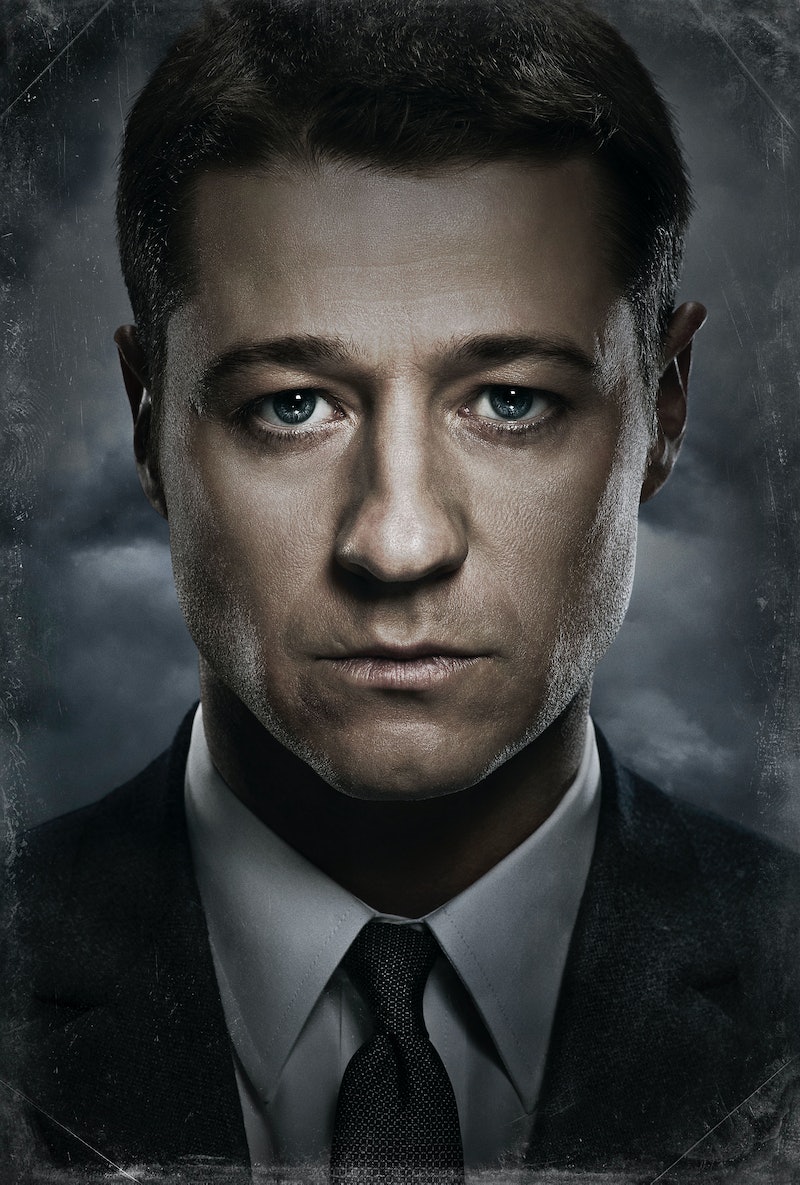 Since Batman was first created in 1939, the character has been a part of most people's childhoods. Each generation had a new film or TV show starring the Caped Crusader. (I'm not gonna lie, I had a Batman action figure as a kid.) But for most people, The Dark Knight is the Batman movie to end all other Batman movies. Christopher Nolan's dark, gritty trilogy has become iconic. This Monday, however, FOX is taking a stab at reimagining the story, this time from the perspective of Jim Gordon, the detective (and later police commissioner) who is the superhero's most trusted ally. So how will Gotham 's younger Gordon compare to The Dark Knight 's version?

When The Dark Knight came out in 2008, it pretty much blew all previous Batman films out of the water. It's tough to beat George Clooney at basically anything, but Christian Bale seemed to immediately become everyone's favorite Bruce Wayne — not to mention Heath Ledger's Joker, which made fans basically forget Jack Nicholson ever existed. The movie was also the highest-grossing film of the year, and earned near-unanimous praise from critics (and a posthumous Oscar for Ledger). It was a worldwide phenomenon, and you don't mess with that kind of success.

Except Batman is one of the most beloved characters ever (not to mention one of the most recognizable brands on Earth), so it was only a matter of time before another media company took a stab at telling his story. Gotham is quite original in that it recounts our hero's origins (as well as how all those great villains got their starts), but it focuses on Jim Gordon, who has always been an important — but minor — character. Here are a few ways Gotham is changing up Jim Gordon.

He Has a Dark Past

In The Dark Knight, Gordon (played by Gary Oldman) is one of the few good cops left in Gotham. Batman trusts him implicitly, and he's one of the only people (besides Alfred) to know his real identity, Bruce Wayne. In Gotham, however, Gordon comes back to the city after years of living away, and he's a complete unknown. His very first case is the Wayne murder. Promos have shown that, while The Dark Knight's version of the character was a by-the-book type of guy, the younger Gordon is willing to play a little dirty to get what he wants. Gotham is a tough city, and to get the job done he'll sometimes have to blur the line between good and evil.

We'll See Him Get to Know Bruce Wayne

Gordon has known Batman longer than almost anyone else, and he's Batman's guy on the inside of Gotham's police force. In the movies, he's the one who operates the Bat Signal, letting Batman know when the city needs his help. In Gotham, we'll get to watch that relationship build over time. After Bruce's parents are murdered and Gordon is put on the case, he becomes sort of a father-figure to the kid, and might even be the inspiration behind Batman's later career path.

We're used to seeing Gordon as the police commissioner of Gotham, the man in charge. In The Dark Knight, he commanded the entire police force. But in Gotham, Gordon's just a rookie detective. He's paired with an older partner, Harvey Bullock (Donal Logue), who is definitely familiar with the city's criminal element. Gordon will have to prove himself on the force if he wants to stick around long enough to see Bruce Wayne become the vigilante we're all familiar with.

This newer, younger Gordon is shaping up to be the hero Monday night TV deserves.