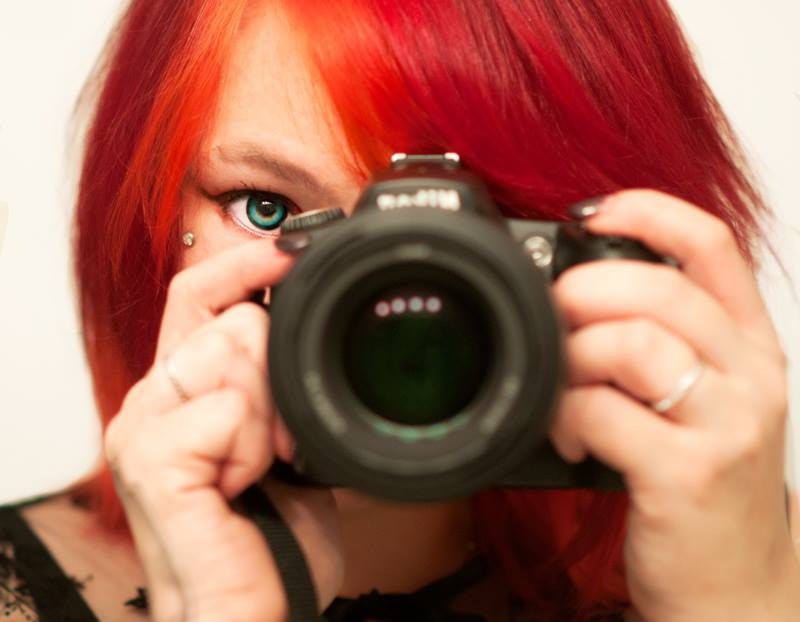 Ever heard the name Zoe Quinn? Under normal circumstances — that's to say, until just over a month ago — I would’ve introduced her as the developer of an awesome game about mental health called Depression Quest, which is well worth your time. But since then, Quinn has become the target of a large-scale online harassment campaign, suffering breaches of privacy, conspiracy theories, and flat-out abuse — all in the name of a little "movement" you might have heard of: GamerGate.

Since early August, Quinn has been victim to a ceaseless barrage of insults and threats. GamerGate began when an ex-boyfriend posted a lengthy diatribe about their relationship, and his allegations about her sex life become instant fodder for a community of gamers. Throw in a provocative red herring — the debunked allegation that Quinn dated a games journalist for positive coverage — and you’ve essentially got the shaky foundation of the #GamerGate cause.

Basically, while its proponents frame #GamerGate as a quest for journalistic integrity, the amount of sexism, misogyny and victim-blaming attached to the hashtag undermines that notion, as does the fact that it all sprung from an easily disproven claim about Quinn's sex life. There's a lot of frustration on the part of the pro-#GamerGate crowd that the torrent of sexist abuse has been the thing that most media outlets have focused on. And they're right, it has been — because it's the most important part of the story.

So, on that note, let's talk to Zoe Quinn.

How This Whole #GamerGate Thing Got Started

On Aug. 16, Quinn got a nasty surprise. While out with friends, Quinn was made aware of her ex's lengthy screed, which set off the chain reaction that would ultimately gave rise to #GamerGate. In essence, the guy accused her of cheating on him with a number of people, and fascination with his allegations gradually morphed into a parallel obsession: the idea that she had had sex with people in the industry to help her career.

That's why you may have seen people making this stupid, repetitive "Five Guys Burgers and Fries" joke about her — slut-shaming was the initial core of the attacks against her. While the separation from her ex hadn’t been smooth — “a really shitty break-up,” she called it — the harassment was shocking.

With the allegations public, Quinn was quickly placed on public trial in a variety of forums: Twitter, Reddit, 4chan, and in the videos of a handful of games-related YouTubers. To be clear, there was never any evidence to back up their claims — the "positive review" she was supposedly chasing doesn't exist, and the game she's accused of trying to promote is entirely free to play, undermining assertions of her shadowy or self-interested motives.

"I saw it with my own eyes. I saw it turn that way," Quinn says. "Gamergate did not exist; it was not a thing. What happened was: This 4chan board got started, they decided I needed to be punished, they decided that all the men that were implicated. There’s one person I was accused of sleeping with that I think I may have said “hi” to at a conference, and that is the limit of our interactions — it was a pure witch-hunt."

When People on the Internet Hate You

As it turns out, the “witch-hunt” became big enough that Quinn was hit with another privacy breach, a consequence of the increasingly high profile of the campaign against her. "We saw on the 4chan threads that another ex — and I’m pretty sure I know who it was — that I dated when I was a teenager sent them a .rar of nude photos of me that were done under a different name, and he just jumped in and fed this," she says. "And that just kept spreading. All of that stuff was day one through three."

Quinn started lurking in threads on 4chan, and ultimately logged rafts of chat logs from an IRC (Internet Relay Chat) channel dedicated to targeting her. Essentially, her attackers had been using a stylistically pared-down chatroom to organize their harassment schemes, and she ended up catching and recording countless examples of #GamerGate behind the scenes — proving it wasn't a movement based on ethics as much as a movement based on "making her pay."

"So, they took to the IRC rooms ... I was just in there for weeks, just watching," Quinn says. "And they were lashing out so hard against me, and trying to get proof that I had slept with and dated [Kotaku writer Nathan Grayson] for a review that didn’t exist, and when that got debunked, they decided to say that, you know, “all these places are corrupt, because they’re silencing and they’re censoring this debate,” when it was never a debate."

#GamerGate has zeroed in on a number of gaming outlets, Kotaku and Polygon among them, and accused them of colluding to avoid criticism of Quinn. There's another possible explanation, however, that requires less mental gymnastics — you could even call it "Zoe’s Razor."

"That I’m doing that, to silence getting caught having sex for reviews that don’t exist?" Quinn says. "That’s more plausible to them than these [websites and writers] maybe thinking they’re wrong, and maybe thinking, 'Hey, this is a crazy hate campaign. And we as rational humans are going to say, you know what? We don’t want these on our forums.'"

One thing that shines through when talking with Quinn is the solidarity she feels with other women who’ve been targets of these sorts of long-term, sustained harassment efforts online. She repeatedly referenced the circumstances faced by Anita Sarkeesian, the pop-cultural critic of Feminist Frequency fame, whose series of videos dissecting sexist tropes in gaming has earned her a solid two years of death and rape threats.

But their supporters have come under fire as well — two prominent male game developers were also targeted after voicing public support for the beleaguered pair. One is Tim Schafer, the legendary point-and-click adventure developer, and the other is Phil Fish, creator of maybe the greatest puzzle platformer of all time, Fez.

While Schafer got off relatively easy, with his website being brought down temporarily by DDoS attacks, Fish got doxed in a big way — personal details, including tax and banking information, splashed across the internet for all to see.

Doxing, as it's called, is the act of obtaining as much personal information as you can about a person through the internet — addresses, phone numbers, financial info, whatever's out there. Doxing is often used as a weapon by harassers on the internet, who'll post the information publicly, inviting its use by anyone who sees it.

The Benefit of the Doubt

Here's something Quinn's learned the hard way: It’s near-impossible to get online harassers to withdraw their claims, let alone apologize for them.

"There’s no room for discussing this, there’s no room for explaining anything, because it’s never been about truth, or evidence," Quinn says. "Any time I post anything debunking, anytime I honestly engage with people, all I ever get is screamed at. Nobody ever goes, 'Oh, OK. Oh, maybe I was wrong.' It’s just more screaming and accusing you of faking things. How can you have a conversation when that’s all that happens?"

However, there's no perfect strategy — when silence is applied, particularly in the case of Anita Sarkeesian, gamer critics have decried the reluctance to answer their pointed questions.

If there was any doubt that Quinn wants to help people through her projects, well, those probably should’ve been put to rest by Depression Quest. Quinn also donates proceeds from the game — which are given at your discretion, as it’s free to play — to the National Suicide Prevention Lifeline, about as worthy a cause as they come.

Now, Quinn plans to form a group to help support other victims of large-scale online abuse campaigns. One of the group's goals, beyond offering material and meaningful support to the victims of such abuse? Forcing people planning such campaigns to start looking over their shoulders.

"One of the big reasons that I posted the chat logs was not just to illustrate the anatomy of this thing," Quinn says. "It was also to let these people know that we’re watching. And there’s only going to be more of us, and we’re going to get better at it.