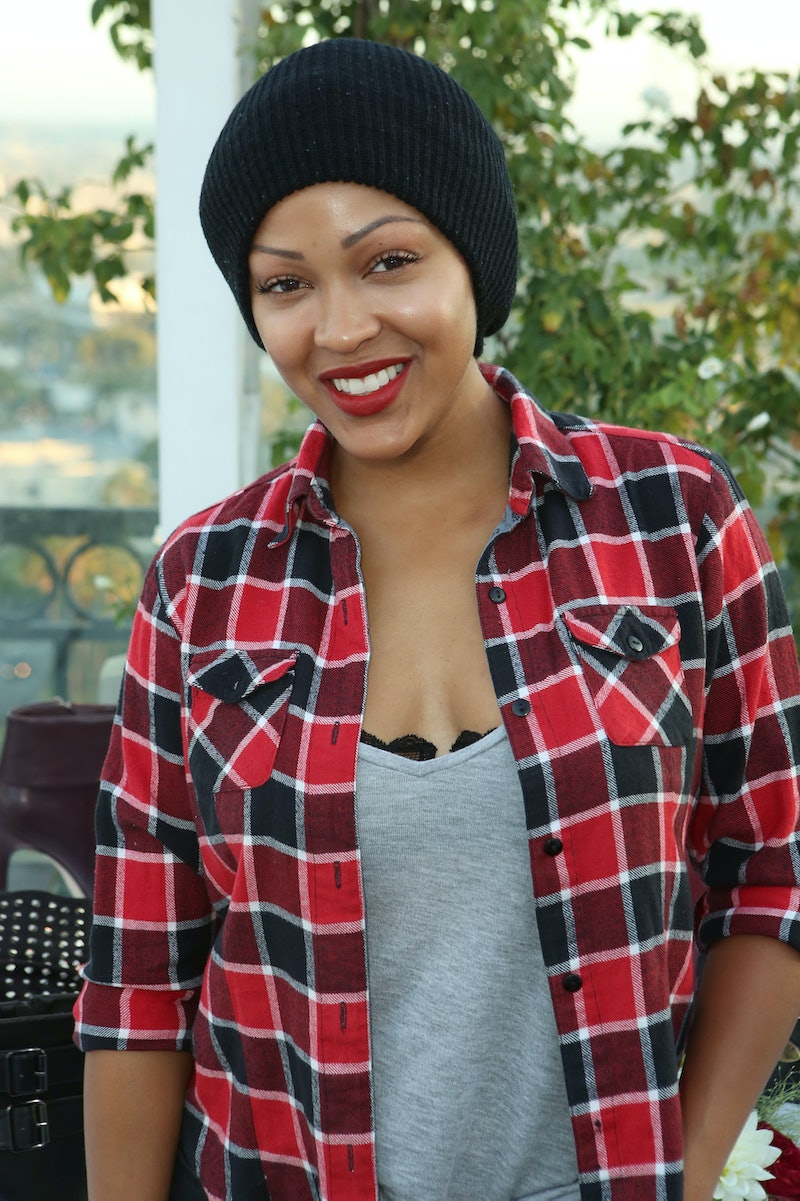 In case you missed it, there was yet another leak of nude pictures over the weekend, victimizing scores of new celebrities and Jennifer Lawrence for a second time. This disgusting action was met with a quicker response this time, with the pictures being taken down almost as quickly as they were put up, but considering this is the Internet that wasn't enough to get rid of them completely. While some celebrities have taken legal action, like Gabrielle Union who is handing her case to the FBI, other celebrities have simply been forced to speak out on their own behalf after their victimization. Meagan Good is one of those celebrities, but her defense was particularly epic. Good called out fans for reposting the leaked nudes, because, at the end of the day, they're just as bad as the original hackers.

Good's message to the reposters was put up on Instagram on Sunday and it wasn't just them that she was calling out. "I'm definitely in shock... saddened for every one who is experiencing this, but I 'choose' not to give the persons responsible my power," said Good in a powerful opening statement that simultaneously showed solidarity with the other victims of this hacking attack and refused to give the still anonymous hacker the reaction that they probably wanted. Instead of being upset, Good seems more stunned than anything and the fact that she was able to keep her cool was inspirational.

"Oh yeah and for everyone who's reposting the leaked nudes? You should be ashamed of yourself," Good went on to say, even tagging a smilie face onto the end of, "You have a blessed day now."

At the end of the day, there are many ways that you can respond to being victimized by the leaking of your personal and intimate photos. There's no right way to react, even if there have been quite a few wrong ones. However, Good's response hit all of the right notes and only made me sympathize with her and her situation even more. After all, just posting this message was more attention than her attackers really deserve.

Check out the full message below.