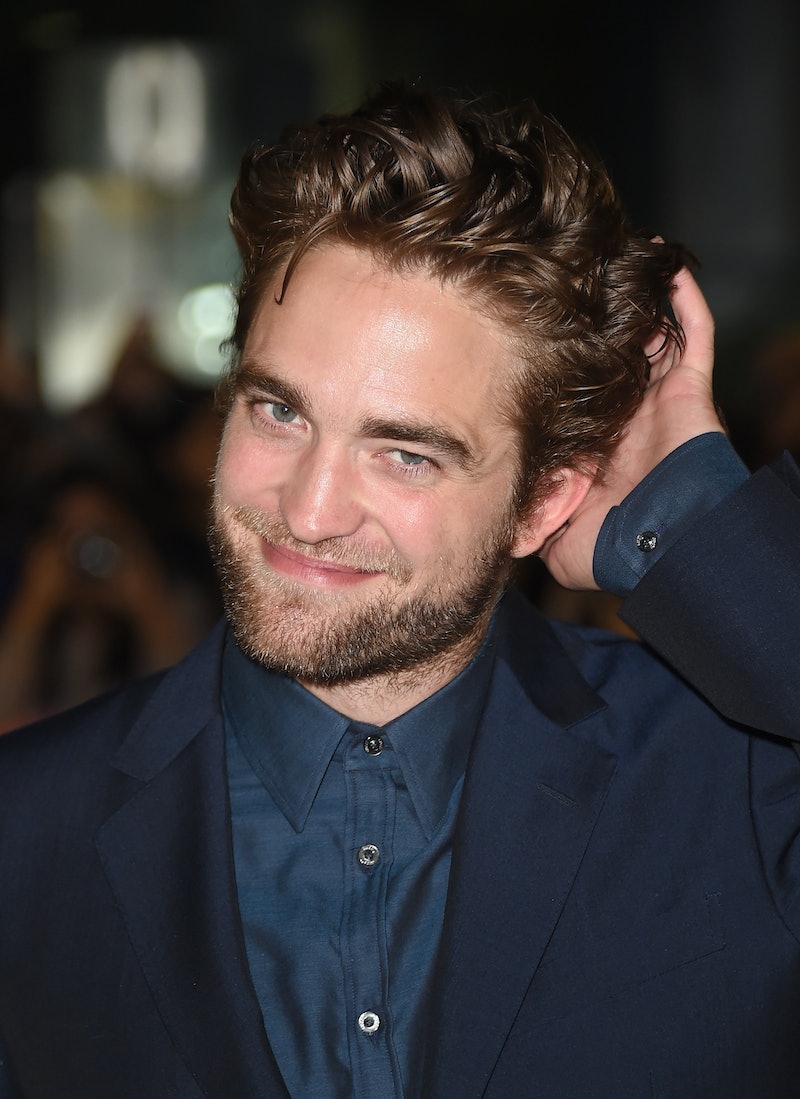 Rumors have been swirling about Robert Pattinson and his new girlfriend for months and this is the closest thing to a confirmation that we're going to get for now. Whether or not Pattinson and FKA twigs are dating is a source of great debate, but all signs are pointing to yes. After all, their relationship hasn't even been confirmed yet and they've already had an alleged pregnancy rumor that FKA twigs was quick to debunk. Now, we have photographic evidence that they are at least two friends who like to hold hands, so we can either live in denial or start getting behind this couple as a couple. Sorry RobSten fans, but those days are long gone. Pattinson and FKA twigs were spotted holding hands in Los Angeles on Sunday and they are the cutest cute to ever have cuted.

Now don't get me wrong. I understand why people might have some trouble letting go of the idea of Pattinson as a single man or of Kristen Stewart and Pattinson as a true love couple who will find their way back to one another in the end. In the first place, Ryan Gosling maybe had a baby with Eva Mendes, so our list of single heartthrobs is rapidly dwindling before our very eyes. In the second place, Stewart and Pattinson began dating while filming Twilight as Edward and Bella, so I don't expect Twihards to be able to let that chemistry go so easily. However, there's a difference between finding it hard to let go and going to extremes.

By all reports, and in these photographs, Pattinson and FKA twigs seem to be pretty happy together. At the very least, they're comfortable with each other and it's not like they're going to stop hanging out or dating just because the fans don't like it. Can we start taking time off of drinking huge bottles of haterade so we have more time to instead be happy that Pattinson has found someone who makes him happy? After all, the way his last relationship ended was pretty brutal and pretty public, even though Pattinson says he and Stewart are still friends, and it's nice to see him dipping his toes back into the dating world again.

Besides, if you'd rather live in denial, hand holding in the streets of Los Angeles does not a confirmed romantic relationship make. There are lots of reasons for why Pattinson and FKA twigs might be holding hands. Maybe her hand was cold, you guys. Or maybe they didn't want to lose each other in the crowd. Or maybe they're, you know, dating, but whatever you want to believe is just fine with me as long as the hate stops and the happiness-for-RPatz begins. Public hand holding is basically the visual equivalent of being Facebook official. There's no need to lose your minds over something like that when people are "married" to their best friends on Facebook.

Check out the cute photos below.