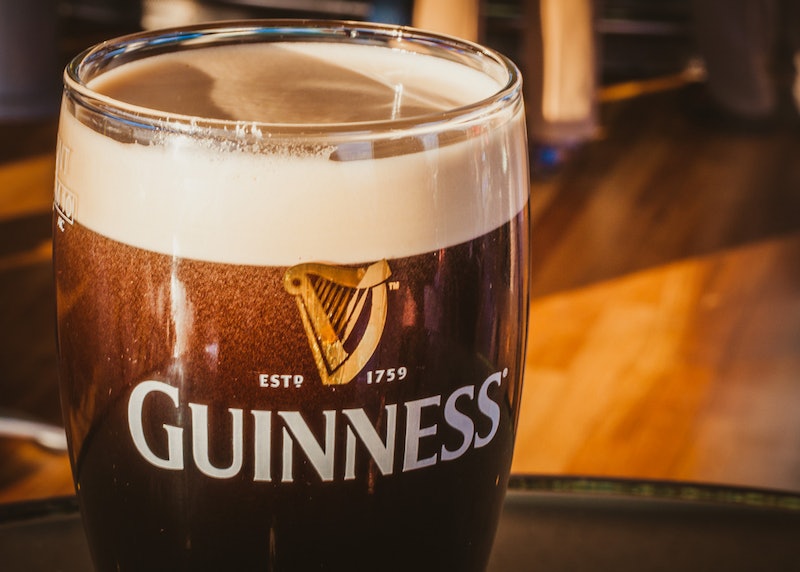 I really I wish I lived somewhere Starbucks used as a test market; I feel like I keep missing out on all sorts of amazing possibilities that never make it onto the full menu. Case in point: According to BuzzFeed, Starbucks "Dark Barrel Latte" is currently being tested — which, as far as we can tell, is a latte that tastes like Guinness. For someone who loves both coffee and dark beers (that would be me), this is the best news ever.

News of this new beverage first started making the rounds on Reddit at the end of August. It’s only just now that most of us are hearing about it, though; the test seems to be taking place primarily in central Ohio and possibly parts of Florida, which might account for our lack of knowledge. Here’s what we do know about it, courtesy of Redditor so_oakland, who posted an image of a training sheet about the Dark Barrel Latte in the Starbucks subreddit on Aug. 20 (as a side note, I really hope so_oakland doesn’t get in trouble at work for posting it — the sheet specifies that it’s for "internal use only" at the bottom of it):

According to its fact sheet blurb, a Dark Barrel Latte is “a blend of espresso, dark caramel, and chocolatey stout flavored sauce and fresh steamed milk, topped with whipped cream and dark caramel drizzle.” For the curious, the stout syrup has a “roasted malt flavor” with caramel and chocolate notes; it doesn’t actually contain any beer, though, so rest assured that you won’t get busted for walking into the office with a cup full of booze if you order one. It’s also available as a Frappuccino, which actually sounds even better than the hot version — if you’ve ever had a Guinness milkshake, you’ll probably understand why (unless, of course, you’ve had a Guinness milkshake and absolutely hated it).

Although a beer-flavored coffee drink might sound a little weird, this one actually a certain amount of sense; Guinness latte just takes the flavor profile of most stouts and porters and tweaks it a bit (that is, instead of a beer with notes of coffee, chocolate, and caramel, it’s a coffee with notes of beer, chocolate, and caramel). According to Ryan Kincaid at BuzzFeed, who gave the drink a shot during a recent trip to Columbus, Ohio, “it does taste remarkably like stout.”

So far, though, general reactions to the Dark Barrel Latte seem to be… mixed. Some people love it:

While others kind of, well, don’t:

I’m particularly intrigued by the description of it as “fruit flavored coffee.” I honestly can’t figure out what in the drink’s flavor profile would cause it to taste fruity; maybe that’s the malt talking?

In any event, I’m not sure how long the test is going on; as such, if you want to taste it, you’d better start driving around to every Starbucks in the central Ohio area to see which ones have it. Happy drinking!