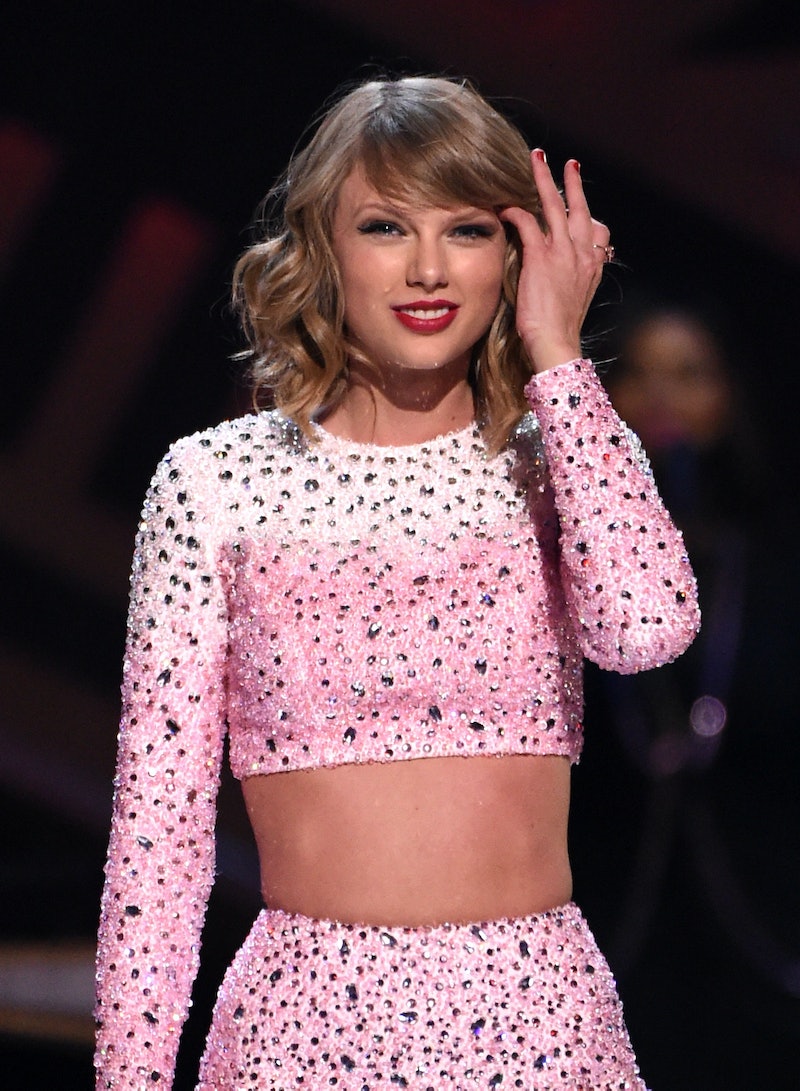 What if Taylor Swift threw a party and you weren't invited? Well, that's what happened on Saturday afternoon when Taylor Swift invited fans to her house in Los Angeles for a private 1989 listening party. And, aside from hearing the rest of her new album which includes her new single "Shake It Off," there were Swift-made pumpkin cookies and cat selfies and free 1989 swag for everyone. No, you didn't miss the contest because apparently, everyone did. According to one lucky T. Swift fan's tweet, fans were invited four days before the party. I don't know about you, but I'm feeling like Taylor Swift needs to brush up on her invitation etiquette.

This isn't the first time the singer has invited fans into the privacy of her own home. Last month the singer threw a pizza party for fans at her NYC apartment to celebrate "Shake It Off" and 1989. And, naturally, the lucky fans that got the invite were thrilled. How could you not be? Pizza and cats and Taylor Swift — that might actually be the theme for my next birthday party. But it seems that with Saturday's listening party, Swift went above and beyond even my wildest dreams. I mean, she actually baked homemade pumpkin chocolate chip cookies and let fans take Polaroids with Olivia Benson (who's totally a saint, by the way).

Here are some of the lucky fans' Twitter photos from the big party at T. Swift's house:

If Swift's a queen, she's a merciful one for letting her fans actually hold Olivia Benson and her Grammys. But while her royal status isn't a question here, it is a question as to HOW one gets invited to a private party at Taylor Swift's house. Aside from, obviously, denouncing your love for Katy Perry.

According a Tumblr post from the aforementioned fan, Ashley, she got a call from Taylor Nation on Sept. 16 saying that she'd been "chosen to attend a top secret exclusive event." An unexpected call, might I add, as she wrote in her post that she "HAD NO IDEA" what was happening. So, no, she didn't sign up for this event beforehand — unless you count getting tickets to see Swift perform at the iHeartRadio Festival; being a member of Taylor Connect, Swift's official fan committee; possibly pre-ordering 1989; and being an all-around Taylor Swift super-fan.

Yes, it's really that easy to get invited to T. Swift's house — just be a good fan and one day, if you're lucky, you'll get a call out of the blue that you're invited to a cookie-baking, dance party at Swift's house in L.A. or apartment in NYC. And you'll get to play with her cats. Is Taylor Swift the best celebrity BFF you could possibly ask for or what?