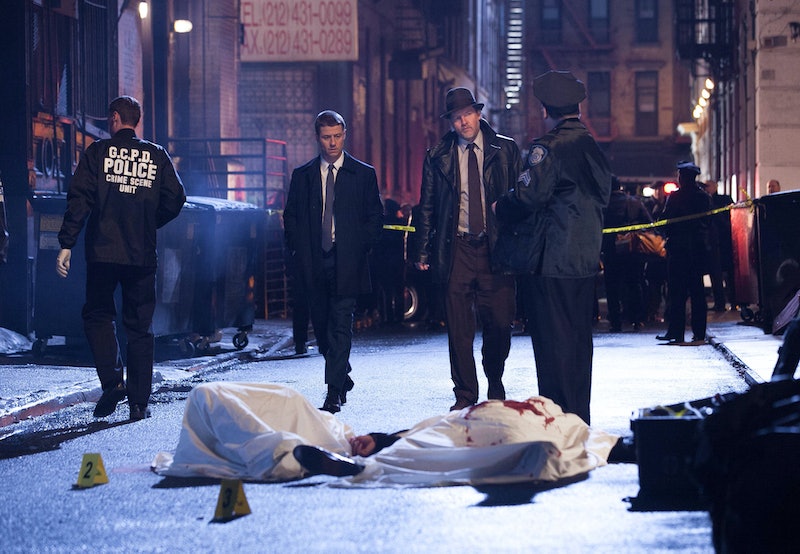 On Monday's premiere episode of the new Fox series, Gotham , we're faced with a mystery that will drive Jim Gordon and Bruce Wayne on two similar but morally opposed paths: who killed Bruce's parents, Thomas and Martha Wayne? The mystery seemed to be solved halfway through the episode with the capture of Mario Pepper, but Jim soon discovered that Pepper had been framed and he promised Bruce that he would find the real killer. Whether or not this is a smart move considering what happens when Jim first starts poking into this mystery doesn't matter. The question is left open-ended on Gotham for now, but who did kill Bruce Wayne's parents and inadvertently create Batman? And, more importantly, will that remain true on the show?

The thing is, the identity of the Waynes' murderer is complicated, as things in comics often are. The identity of the mugger has changed three times alone. The original identity of the Crime Alley mugger was Joe Chill, a petty criminal who had no bigger goal in mind than to get some money. Chill shot Dr. Thomas Wayne when he moved to protect his wife and then shot Martha when she screamed. Then he panicked and ran, likely because some part of him knew that this would come back to bite him in the butt in a couple of decades.

However, there was an early version of the story in which Joe Chill was actually hired by a mob boss named Lew Moxon. Moxon had a vendetta against Dr. Wayne after they met at a costume party and Moxon sent his men to bring Dr. Wayne to him at gunpoint to fix his bullet wound. Wayne overpowered the men and sent Moxon to prison, unaware that Moxon would be sending Chill after him as soon as he got free. Later versions of the Batman mythos switched the killer to a random mugger who was never identified or found.

So, which way is Gotham likely to go? To be perfectly honest, the question of who killed the Waynes seems to be the central mystery of the series. It's a question both Bruce and Jim are asking themselves and the murder seems to stand as a symbol of exactly how deep the corruption in Gotham runs. It would be kind of anticlimactic to build so much symbolism and importance on a crime and then have it turn out to be a regular mugging that everyone is trying really hard to cover up for no reason, wouldn't it?

At this point, we have no idea and no leads on who killed the Waynes. Everyone seems more concerned with trying to cover it up. However, Jim's partner, Harvey Bullock, and Fish Mooney stand out as particularly suspicious. Fish ended up in the possession of a (fake) string of Martha Wayne's pearls and helped Harvey frame Mario Pepper for the crime, implying that one or both of them could have something to do with the murder for real. At the very least, I suspect that Harvey and Fish know more about the crime than either of them are willing to admit, perhaps even up to and including who did it. Jim definitely has his work cut out for him.