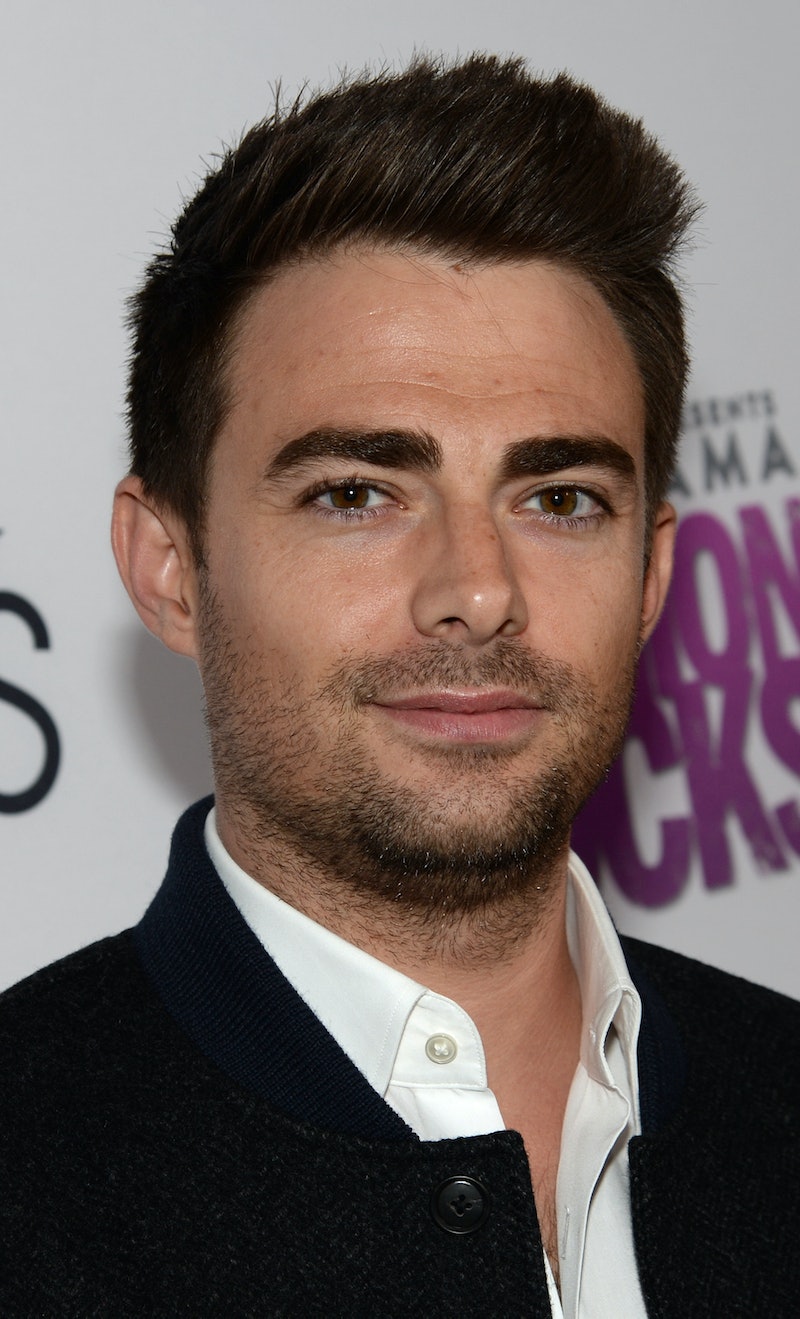 Sounds like Julianne Hough might have a new controversy on her hands. It appears that Dancing with the Stars' Julianne Hough outed Mean Girls ’ Jonathan Bennett as gay. When the new judge was interviewed on Extra last week, she told a fun story about how she thought Bennett, a contestant this season, was hitting on her via Twitter last year, complimenting her on her "nice butt." Words could not describe Hough’s joy at being hit on by the Aaron Samuels. So what happened? Right on a national broadcast, Hough replied very matter-of-factly,"“He’s gay! So I was like 'that’s not gonna work.'" Suffice to say, Hough surprised a ton of Mean Girls fans who never knew that the actor was gay. But exactly how much of a faux pas was Hough's statement? Does it have to be a big deal to learn about an actor’s sexual orientation?

I say this not because Bennett shouldn't get to share his personal life of his own terms — of course he should — but because I don’t think that celebrities have to give public notice about their orientation. It could be that Bennett already is out as far as he's concerned, and is fine with Hough knowing it and talking about it, and it just hadn't come up publicly until now.

I admit that it is fun to speculate who is dating whom in the celeb world or what relationships are real versus fake, and I am guilty of doing it. It's fun and, to me, usually not serious. But sometimes gossip can be troublesome and raise questions — in this situation, whether or not Hough outed Bennett or not. Treating this as Hough outing Bennett, closes in on whether Bennett is gay or not and puts the focus on his sexual orientation as if it matters one way or the other. Of course, if Hough did share Bennett's personal information without his consent, that's a different story and Hough would be in the wrong, just as anyone sharing someone else's private information without their OK isn't acceptable.

I understand that Hough publicly speaking about Bennett's sexuality is a big deal because there was no confirmation from Bennett before Hough spoke, especially considering that there have been rumors that Bennett is gay and has dated Kyle XY star Matt Dallas in the past. Seeing as Bennett has yet to respond to the situation, Hough's interview isn't an official statement, but it is the first public word from someone who knows Bennett. Right now, Hough's word is just Hough's word. As for whether Bennett will confirm Hough's statement and come out publicly, that's totally up to him and has been all along. What it comes down to is that it doesn't matter if the Dancing with the Stars contestant is gay or not, and we shouldn't assume that Hough did something wrong by speaking about Bennett or that he owes the world a statement.