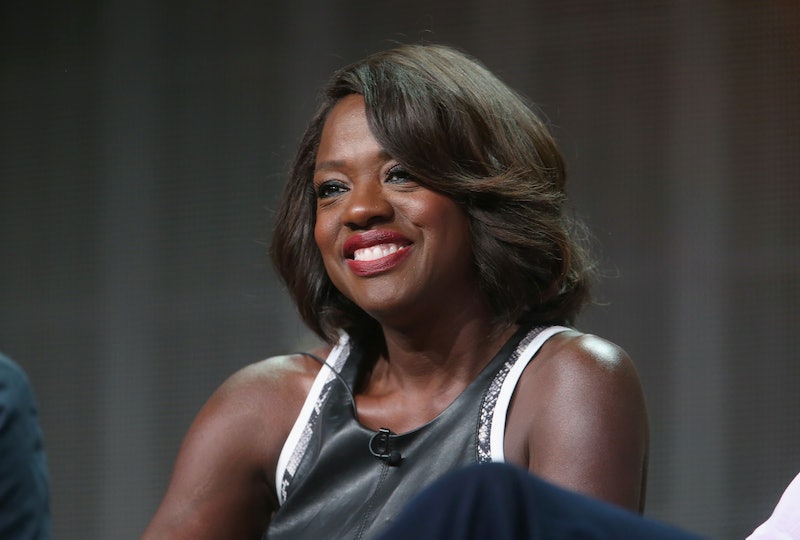 Last week in "Fix it Jesus," New York Times television critic Alessandra Stanley wrote that now infamous blatantly racist "praise" of Shonda Rhimes and her "success" in television as (in spite of being?) an Angry Black Woman. In perhaps the greatest backhanded compliment of all time, Stanley managed not only to grossly misunderstand the import of Rhimes' success in such a myopic white world of television, but reduces Rhimes and her black, female characters to dated, skewed and desperately untrue stereotypes.

The outrage was palpable — Rhimes herself tweeted her total incredulousness to Stanley's slop, ending her tweets with a generous, classy Rhimes response: "I'm going to need to put down the internet and go dance this one out. Because ish is getting real." On Saturday, Viola Davis, the star of Rhimes' new How to Get Away with Murder, tweeted powerful lines from Maya Angelou's Still I Rise, not explicitly but 99.9 percent certainly in response to Stanley, who states in her piece that Rhimes is not "classically beautiful" like Halle Berry or Kerry Washington. Davis tweeted: "You may shoot me with your words, you may cut me with your eyes, you may kill me with your hatefulness, But still, like air, I'll rise!!!"

I'll be the first to say Twitter is da bomb — it serves as a check and balance for more "traditional" news outlets, a public forum to make people accountable (memorable recently: Ray Rice). But at the end of the day, if you ask most anyone, Twitter stacked up against the New York Times still doesn't hold the same legitimacy; not for quality of content, necessarily, but the history and legacy that comes with the Times. It's that sense of superiority that makes it easy for writers like Times' Stanley to brush off the Twitter criticism with a statement like the one she made to BuzzFeed News: "The whole point of the piece — once you read past the first 140 characters — is to praise Shonda Rhimes for pushing back so successfully on a tiresome but insidious stereotype."

Wowie zowie, is that what that was? So Rhimes and Davis have no right to be offended? It's mighty strange that a television critic who is being engaged by the executive producer, Rhimes, and the actor, Davis, refuses to change her mind or reflect on the misguided, discriminatory nature of her article. Davis' tweet was particularly powerful as she invoked Maya Angelou's electric mantra about rising up in the face of terrible adversity, but it's a shame that Stanley is blind to such criticism. In fact, sadly, Rhimes' and Davis' Twitter responses could very well just bolster Stanley's stereotype (which apparently she thinks she doesn't have) of the Angry Black Woman. Because any black woman speaking up for herself is just pissed off, now isn't she?