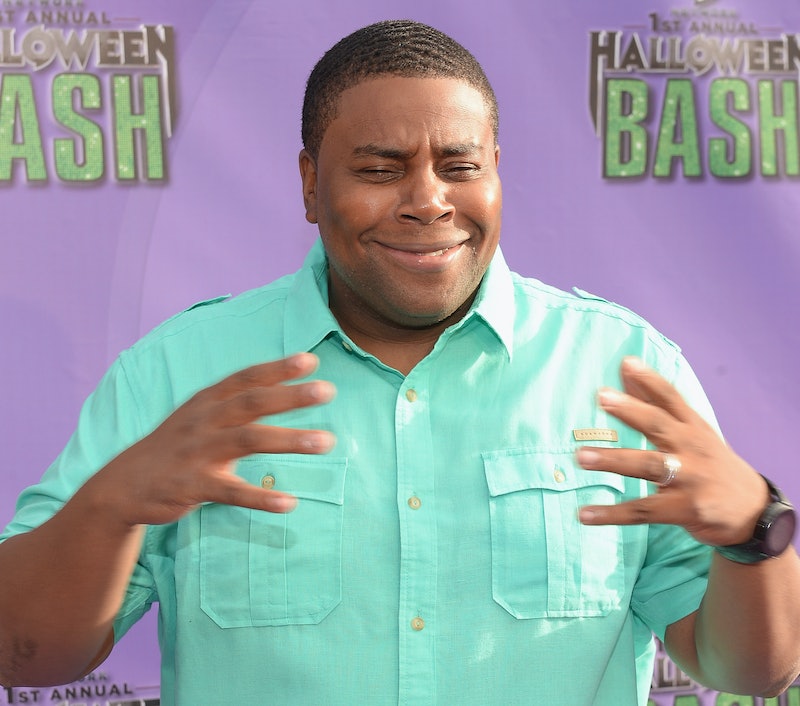 Update: According to Vulture, a spokesperson for Saturday Night Live said TMZ's report is "incredibly inaccurate" and further explained saying, "The season hasn’t even started and cast decisions aren’t made until the end of the season." Looks like Thompson might be sticking around after all.

In news that is sure to shock and disappoint all late night fans the world over, Kenan Thompson has decided to leave Saturday Night Live after the upcoming season. According to TMZ, who originally reported the news, this departure has been a long time coming. In fact, Thompson evidently planned to leave after Season 39, but due to the high cast turnover as of late, SNL creator Lorne Michaels convinced him to stay on for one more year. Sources say that there are absolutely no hard feelings over this decision and that Thompson is leaving the show on great terms. And while that's definitely comforting to hear, it's hard not to see this as yet another heavy loss to the series.

Thompson was the most seasoned African American cast member in the show's history, so his exit will certainly do little to help with SNL 's long talked about diversity problem. Not only that, fans will surely miss Thompson's memorable skits and hilarious comedic timing that made staying in on a Saturday night seem like a lot more fun. But that doesn't mean we won't be seeing this funny guy around in some other capacity. Sources over at TMZ claim that the actor is in talks for a new show and plans on moving to Los Angeles with his wife and baby when Season 40 ends. And if that does, indeed, prove to be true, you can bet we'll certainly be tuning in.