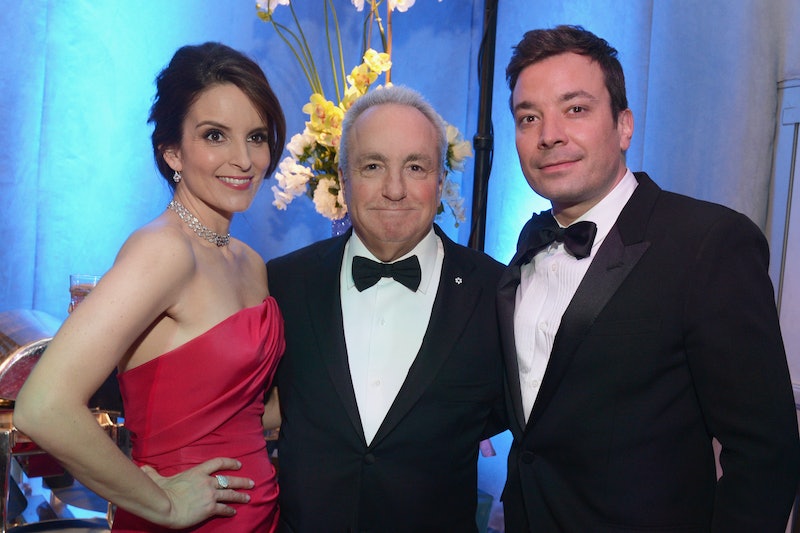 Saturday Night Live is beginning its 40th season this fall and this week, SNL added five new writers to its staff: Alison Rich, Nick Rutherford, Natasha Rothwell, Streeter Seidell and Jeremy Beller. Though it feels exhausting to play the numbers game AGAIN with SNL, I have to note: though it's a positive that two of the five new writers are women, it's still a shame that only one of the five, Rothwell, is a person of color. It's an age-old story of "I'll take what I can get" with the way SNL addresses diversity, both on screen and off.

Last season, Lorne Michaels held an emergency casting in the fall to add a new black female to his cast, after being panned for starting the 39th season with five new cast members who were all white, and mostly male. Then there was Kerry Washington's episode, which she handled flawlessly, but made a satire out of SNL's serious lack of diversity by pointing attention to the fact that the show did not have a single black female cast member. That, of course, led to the addition of Sasheer Zamata (and LaKendra Tookes and Leslie Jones, two black female writers). Did it feel like progress? Yes... but it felt more so like Michaels made progress to quell an uneasy audience that had finally had enough of the conspicuous whiteness of SNL.

And the news of adding these writers seems like a repeat performance. Natasha Rothwell, who was part of the SNL showcase held last fall to look for a new black cast member for the show, is a very talented UCB alum. But what about Asian representation on the show, or hiring a black male writer? Not to mention that the slated first host for the season is Chris Pratt, who, though I adore for his adorableness as much as the next girl, should have been a woman this time around: as Bustle's Kadeen Griffiths noted, only nine women have ever hosted the season premiere show in SNL's 40 year history.

And yes, Sarah Silverman, very much a woman, is hosting the second episode of the season. But even that kind of "progress" has the same compromised feel as the fact that Michaels only hired one black woman writer this year, and no other people of color. It's good, but it's not good enough. We shouldn't have to settle for the kind of timid diversity that SNL settles for. As singer Brandy so wisely told us once, almost doesn't count. Hopefully, with the yet unknown new cast members, the show will get a newer face, but I'm skeptical; SNL needs to get with the times, because audiences won't settle for much longer.