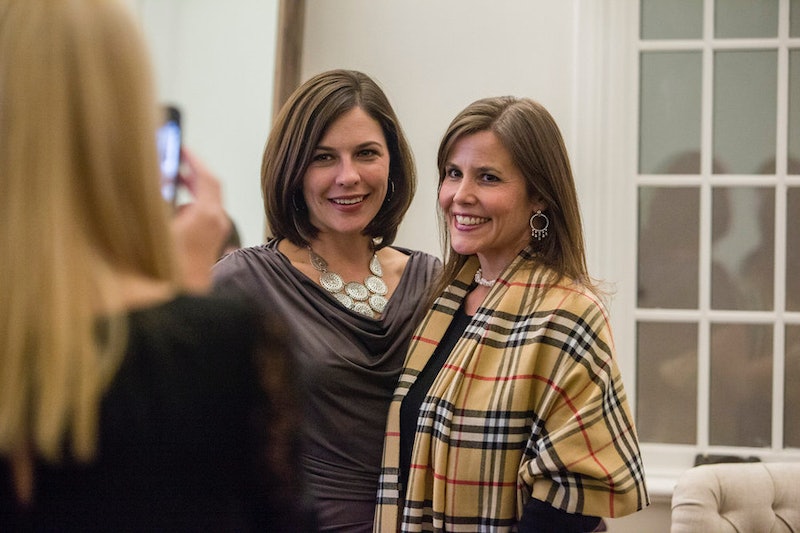 When the star of Bravo's new series Jersey Belle , Jaime Primak Sullivan, met Luci Beavers at a mutual friend's party, the two outgoing and supportive mothers immediately clicked, as Beavers told TV Grapevine. Luci also said that when she was going through a divorce, Jamie helped her get back on her feet and it helped her become an all-around stronger person. Now Luci's on Bravo's newest hit series Jersey Belle, broadcasting her personal life alongside her Jersey BFF's. But what else is there to know about this member of the cast?

She believes in happily ever after

Luci's Twitter profile reveals three things: that she's on Jersey Belle, that she's a mom, and she believes in happily ever afters. On the last episode of Jersey Belle, she told us that she's not seeing anyone but that she's starting to date around. Even though she went through a rough break up, the Alabama beauty feels confident in that whether or not she finds someone new to spend her life with, she'll live happily ever after being who she is.

She's devoted to her faith & coffee

Luci is a free-spirited and utterly devoted Christian woman. And, like many other 21st century coffee lovers, sometimes she needs her caffeine fix to get through the day.

She is a classy lady

The underlying truth in all of Luci's Jersey Belle scenes is that she is as graceful and charming as they come. And I don't just mean because she eats off fine China on Thanksgiving. Luci is also conscious of the people around her and is never the first to talk behind their backs. When the cameramen asked about the price of Arden's photos, Luci responded that she didn't think it was polite to ask. Need I say more?

She puts her needs aside for others

On Jersey Belle, Luci puts her kids first, supports her friends in all that they do, and is willing to share her story to help others. That being said, the China debacle was only more proof of the lengths she'll go to support others. She thought she was being polite by bringing place settings, and was still graceful in her reaction to Mrs. Primak's offense both on and off the show.

In her interview with TV Grapevine, Luci said of being on the show, "I thought it would be a great way to potentially reach out to struggling single moms and let them see that life does go on after divorce and they can get through it. That if you work hard you can absolutely make it on your own!"

With her sweet Southern accent and cute-as-a-button laugh, who wouldn't take Luci's word for it that a strong-willed woman can make it through anything?