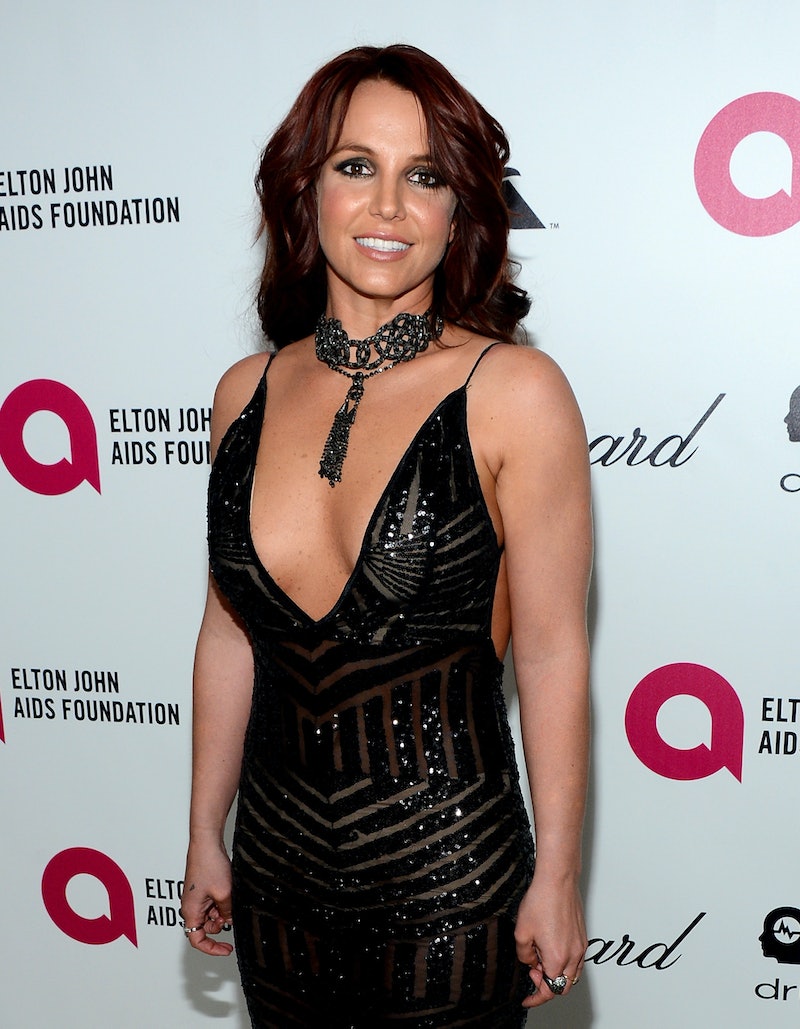 Every now and then, a song that'd been left on the cutting room floor will rear its head, say "I DIDN'T END UP ON THE ALBUM BUT I'M NOT DEAD YET," and make its way onto the Internet. And every time, I will listen. So, when I read that the two rejected demos written and recorded by Dev Hynes for Britney Spears popped up onto SoundCloud (h/t Consequence of Sound), I was READY. And now I can't stop listening to them. The artist also known as Blood Orange brought pure fire to the Britney Jean table, but alas, said pure fire didn't make the cut.

Back in December 2013, Hynes told The Guardian that he was "so stoked" about the songs he'd written for the pop star, and was disappointed when Spears' team passed on 'em:

But they'd always come back with why they didn't like it and it wouldn't make any sense. I'd almost prefer them to say: 'We're scared we're not going to make any money so we're just going to use Will.i.am.'

The tracks would've been a different, albeit interesting-in-a-good-way direction for Spears, that's for sure. Neither song is an upbeat club banger or a traditional pop ballad, but that is not to say they don't melt faces. Oh, they melt faces. They're ethereal and spooky and and atmospheric and gorgeous. Listening to these songs is like opening the Ark with your eyes open. Consider that mug of yours a melty pile of goop.

Sigh. To think what could've been!