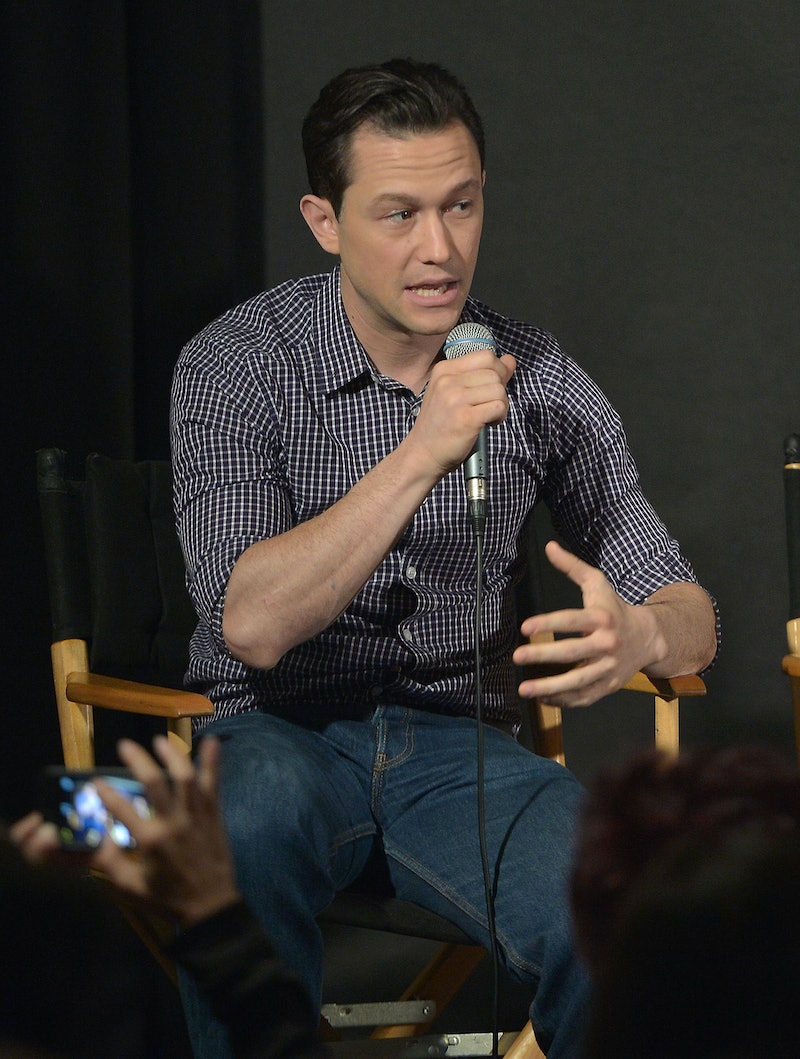 It's only Monday and it's already been a very good week for celebrities using their high profile to have an honest, helpful dialogue about feminism in the public eye. After Emma Watson's inspiring, powerhouse speech about gender and equality on Saturday, self-proclaimed feminist Joseph Gordon-Levitt is keeping the ball rolling. The actor — who has never shied away from the important topic and his stance as a feminist —just released a video on his ongoing online project/TV series hitRECord in which he opens up the discussion to his fans. The star candidly discussed how the word "feminist" alone can bring up a lot of mixed opinions and opened the floor by asking, "What does the word 'feminism' mean to you?"

While JGL is a proud and vocal feminist, he acknowledges that it's a complicated issue, but thinks it's an important topic worth openly discussing. (Couldn't agree more!) The actor will take a variety of uploaded responses from viewers and their thoughts on feminism, particularly if they do or don't identify as feminists, and why. The videos will then be used in an upcoming motherhood-themed episode of the series. The actor says that he hopes the responses will not only keep the dialogue about feminism open, but also to inspire.

Watch the full clip below, in which the actor also proudly talks about his mother introduced him to feminism and how motherhood and feminism go hand in hand. You know, just in case this guy wasn't already wonderful enough as is.