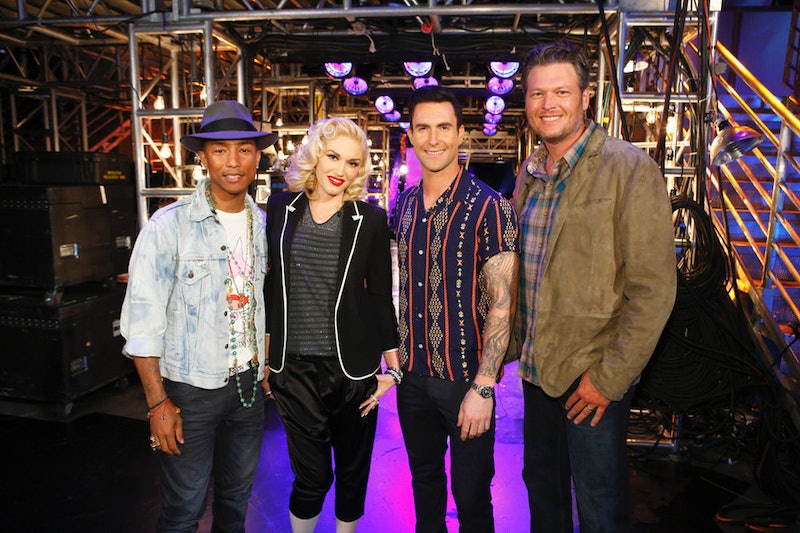 Even the most stalwart reality TV haters have to have kind of a soft spot for The Voice . It has this weird ability to make it feel like 2005-2012 never happened and singing competitions aren't totally played out, boring, and repetitive. Making the judges an actual part of the competition and letting them form their own chemistry, rivalries, and teams was a brilliant choice (copied from The X Factor, but perfected on The Voice) that makes the Voice season finale a prize not just for the top singer, but for the judge who coaches them there. It becomes a bragging point between them, especially Adam Levine and Blake Shelton, and the fact that they're fighting to get on top keeps the judges invested and honest, so they don't get dispassionate and bored like those on American Idol sometimes felt.

The show plays best if watched week to week, but fear not if that's not your style. Maybe the blind auditions always make you fall in love with every adorable teen, sweet married guy, or guitar toting busker who arrives in L.A. with big dreams, etc, etc. and you simply don't have the time for all of that emotional attachment. And maybe the battles are like torture as all of your favorites end up being pitted against one another. And maybe the voting rounds are infuriating when realizing America has different tastes than you do. But there's one part of the show that's undeniably enjoyable: the finale. In the end, one of these unknowns is going to win $100,000 and make an album that you will somehow end up downloading on iTunes whether you like their music or not.

So if you already can't wait for The Voice Season 7 to be over, according to NBC, December 15 will be the Season 7 Finale of The Voice. Most network shows premiering in September spread out their episodes so the show lasts well into the following spring, but The Voice has an unconventional season timeline. It's premiering now, in fall, with the rest of the shows, but even though they have 20ish episodes to get through, NBC is airing The Voice twice per week (on Monday and Tuesday), for the audition rounds and then continuing once per week thereafter.

Most scripted shows run in an on/off schedule, spending the traditional "sweeps" months — November, February, May — airing every week and taking breaks around the holidays. But instead, The Voice is barreling through and the finale will be an early Christmas/Hannukah/Festivus gift for television fans.