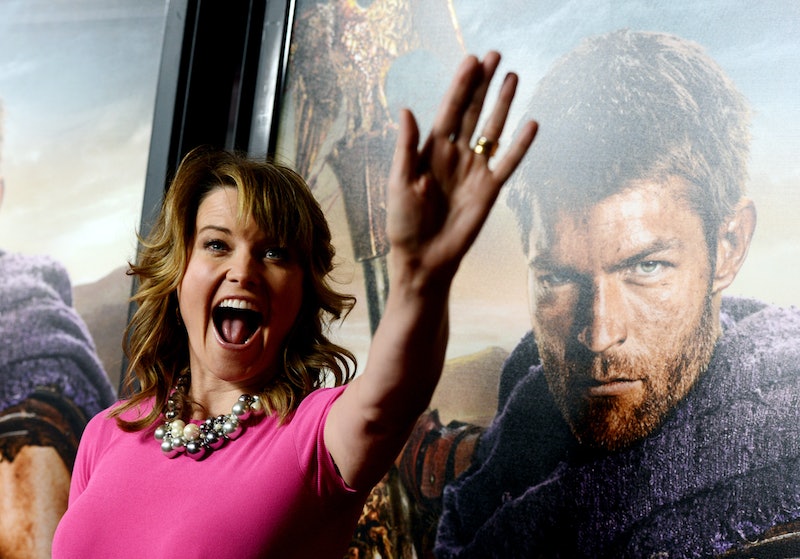 When news broke a couple of months ago that Lucy Lawless would be joining Marvel's Agents Of S.H.I.E.L.D. for Season 2, nerds everywhere rejoiced. The idea of Xena, Warrior Princess joining forces with Marvel heroes was too good to pass up, and apparently showrunner Jed Whedon (creator Joss Whedon's brother) agreed. Speculation ran rampant: which popular Marvel character would Lawless portray? Hopefully those who were so excited about her involvement won't be too disappointed to learn that the answer is: none. Lawless' character, Agent Isabelle Hartley, is an original creation for the show with no basis in the comic books themselves.

While this may be an underwhelming announcement to some, I would argue that it's the best possible turn of events — it means that the writers will be able to craft a character tailor-made for Lawless, rather than feeling restricted by decades of comic lore.

But who exactly is this mysterious Agent Hartley? We don't know much about her yet, although we will soon: her first appearance is in the season premiere, titled "Shadows." When the character was first announced back during Comic Con, Hartley was described as "a tough longtime S.H.I.E.L.D. veteran who is good with a knife." That's pretty succinct.

What else do we know about her? Lawless told TVLine that Hartley is an old friend of Coulson's, and the newly-minted Director of S.H.I.E.L.D. will quickly turn to her for help in the face of the hostile H.Y.D.R.A. takeover: "Well, S.H.I.E.L.D. has been smashed by the treachery of Ward, who’s revealed himself to be a double agent and now Coulson has to pick up the pieces," Lawless said. "You get to see globally how many agents they’ve got and the one person he feels he can trust to spearhead this move is an old friend, Isabelle Hartley."

From the sounds of it, the Nazi-founded organization has lots of tricks up its sleeve this season. In the Season 2 premiere, Hartley and Coulson will face off against one of H.Y.D.R.A.'s mercenaries, Carl "Crusher" Creel, also known as the Absorbing Man (played by Teen Wolf's Brian Patrick Wade). In an interview with Entertainment Weekly, Lawless sounded excited about the confrontation, "They just have to be smarter than the foe, but the foe is awesome when you’ve got the Absorbing Man to deal with. I remember as a kid just thinking that was such an unbelievable concept and what an unbeatable foe a character like that would be."

It's worth noting that when Agent Victoria Hand (who was shot dead by Agent Ward in Season 1) was first introduced in the comics, she was dating a woman named Isabelle. Could Lawless' character have had romantic ties to the slain Agent? The connection seems like a coincidence at this point, but don't rule anything out.

While Hartley may not originate from the source material, comic fans will be pleased to know that other new additions will. Season 2 also introduces viewers to S.T.R.I.K.E. director Lance Hunter (played by British actor Nick Blood), Daniel Whitehall, aka Kraken (played by Whedon alum Reed Diamond), and Bobbi Morse, aka Mockingbird (played by Friday Night Lights' Adrianne Palicki, who ironically starred as DC's Wonder Woman in NBC's failed 2011 pilot).

Check out the first clip of Lawless in action as Hartley here: