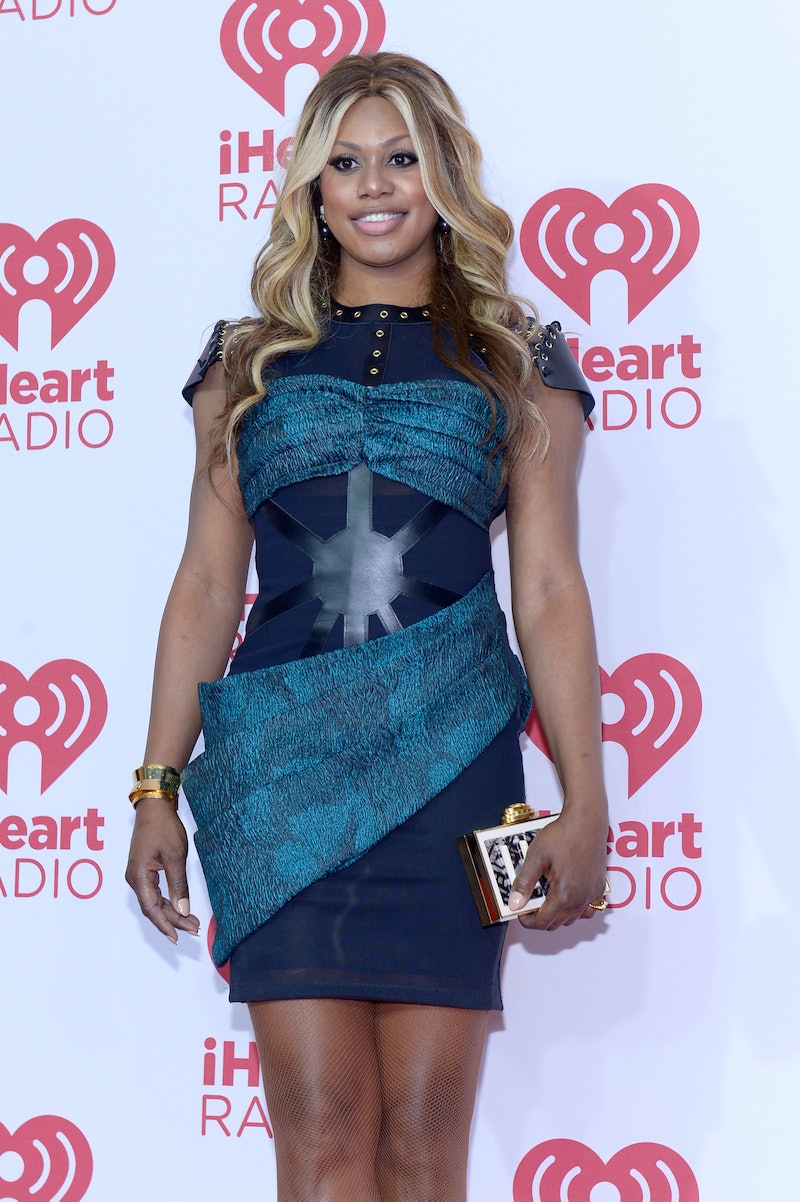 Best news ever for Faking It and Orange is The New Black fans alike: In case you missed it earlier this month, Laverne Cox will be guest starring on Faking It Season 2. If you've been keeping up with Faking It's first season, you already know that Laverne is going to be an awesome fit with the rest of the show. A major storyline explores the journey that one of the main characters, Amy (played by Rita Volk), is on as she fights to understand her sexuality. Who better to relate to her than a character Cox brings to life? My fingers are crossed that they end up having a heart to heart... and for this reason, I wish she was sticking around for way more than one episode.

So when can we expect to see Cox hitting the halls of Hester High? No official episode name or date has been announced concerning Cox's guest spot, and according to the synopses that have already been released for Season 2, it doesn't sound like it's happening in the first two episodes. But what we do know is that she is playing a character named Margot, who is described as the director of the school's drama club and pretty much puts students through the ringer as they audition to join, as reported by Entertainment Weekly. I'd be hard pressed to find a better role for Cox. How awesome is this going to be?!

And although we don't have an official date, it definitely looks like Cox's episode will be airing sooner rather than later. She's already filmed the episode in which she'll appear, and in late August, she Instagrammed a photo straight from the set, where she posed with several familiar face from an area that looks like it could serve as the school auditorium. "Thanks everyone for being so amazing," she said.

Later, Katie Stevens (who plays Karma on the show) tweeted about how awesome it was to have Cox around, to which I say, "duh."

If you're into Faking It but haven't jumped aboard the OITNB train, first I have to ask you what rock you've been living under... and then I have to invite you to join us. As you'll see when she pops up on the show, Cox is one of the most incredible women in Hollywood, and it seems as though everything she touches lately turns to gold. I'll understand if you have to stop reading now to go binge watch everyone's favorite prison dramedy. Totally worth it.