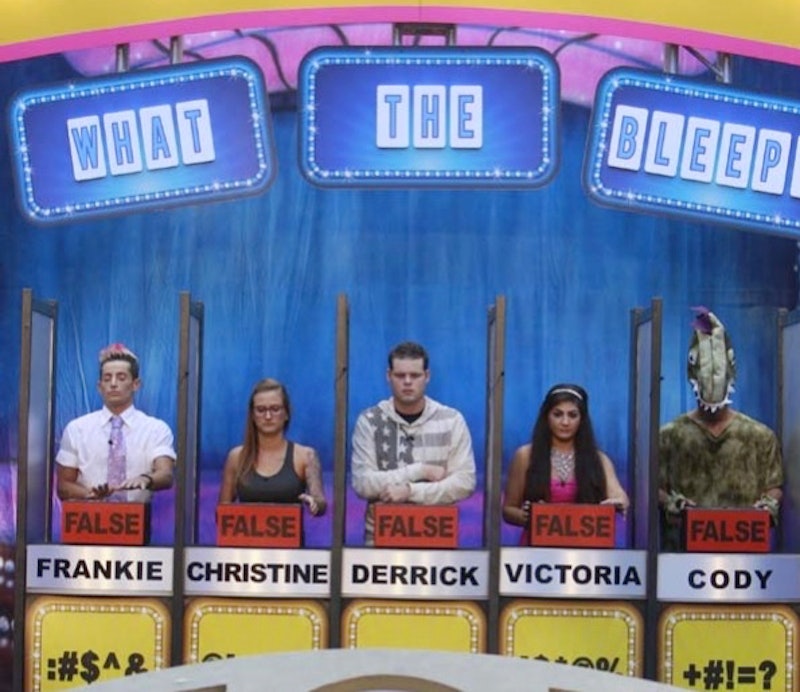 Big Brother season 16 ends on Wednesday and the most important question of the finale is not who will win the half-million dollars, but instead who will win America's Favorite Houseguest? The winner of the Big Brother title gets to take home $25,000, which might not be a half-million but is still a pretty chunk of change for a losing house guest. Although Frankie Grande is convinced he'll win America's Favorite Houseguest, there's a lot of doubt as to whether or not Frankie genuinely deserves to win what is basically a popularity contest. After all, as his mother Joan Grande pointed out, Frankie and Donny Thompson have both already won money thanks to their Team America missions, so the majority of the votes should go to someone more deserving. Like Zach Rance.

So who is going to win America's Favorite Houseguest? CBS won't answer that question until the Wednesday night finale, but we can still make a good guess. After all, CBS isn't the only site that has been keeping track of the popularity of the house guests over the course of the season. When you tally together the Big Brother polls from the numerous fan sites, the online popularity of the top contenders for America's Favorite Houseguest, and what people are saying on Twitter, who has the best chance of winning $25,000? The answer shouldn't surprise you at all.

After doing a comprehensive study of Big Brother Daily, Big Brother Network, and Online Big Brother, the clear winner of popularity polls week after week appears to be Donny. Or Zach, but mostly Donny. Donny is currently leading Online Big Brother's poll on who should win America's Favorite, with 52.9% to Zach's 12.7%, but Zach is leading Big Brother Daily's poll with 55.5% to Donny's 41.0%. Ironically, on all three of these fan sites, Frankie hasn't even amassed 5% of the votes.

In fact, Frankie is ranked lower than Nicole Franzel on Big Brother Daily, who got evicted from the Big Brother household twice this season. He's behind Nicole on Big Brother Network's Week 12 popularity poll and on Online Big Brother's poll as well. It appears that the fans aren't taking to Frankie as much as he might have hoped.

The CBS America's Favorite Houseguest page has been closed down, but if Tumblr is to be believed then the overwhelming majority of people voted for Donny and Zach the most. Or, at the very least, a very vocal minority voted for Zach and Donny the most and then felt the need to post a caption of their voting page on their Tumblrs. Some spread out their daily allotted votes in order to give some other house guests the love they've earned, but for #TeamZonny appears to be a go. Some don't even care which one of them wins as long as Frankie Grande doesn't.

In terms of simple online popularity, there can be no denying that Frankie is the most popular house guests. Currently, he has almost a million followers on Twitter, while Zach only has almost 150,000 followers. Then again, Frankie is a self-identified social media mogul, so the fact that he can at least win in the online popularity category isn't a surprise. It helps that his famous sister, Ariana Grande, was running his Twitter for him while he was away, pretty much guaranteeing he was going to get more followers from her than ever before.

Most of the tweets about Frankie come in two flavors: (a) complaining about him/his game (b) begging him to follow them on Twitter. There appears to be no middle ground there, but defenders of his actions and behavior on Big Brother seem to be few and far between on Twitter the last time I checked. Zach, on the other hand, has many people convinced that he has already won America's Favorite Houseguest or outright stating that it doesn't matter if he wins or not because he already holds the title. Meanwhile, Donny isn't getting tweeted about as often as Zach and Frankie are.

America's Favorite Houseguest is a neck-and-neck race between Zach Rance and Donny Thompson. At this point, it's impossible to tell who exactly is going to win. Odds look good for Donny, who has been topping popularity polls for basically the entire season, but Zach got a signal boost from Ariana and Joan Grande, who felt he deserved to win the money more than Donny or any other member of Team America. Whether their endorsement will make a difference remains to be seen, but Zach will need a little push to beat someone as lovable as Donny.