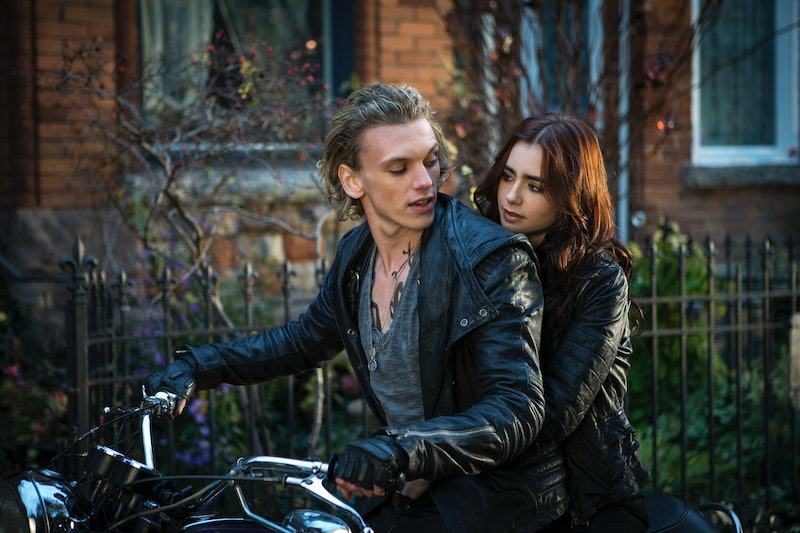 Sony's The Mortal Instruments: City of Bones star Jamie Campbell Bower has had luck with his teen franchises before — having also appeared in both Harry Potter and Twilight movies — but as a teen franchise star, the actor can't quite pull in the big bucks. The adaptation of Cassandra Clare's popular supernatural YA series failed to work its magic at the box office, making just $14 million in a five-day period despite an aggressive ad campaign.

The film was beaten by Lee Daniels' The Butler, which made $17 million in its second week, and We're the Millers, which made $13.5 million in just three days. Which means the YA adaptation is hardly attracting the Twilight audience Sony and Screen Gems hoped it would — especially considering a sequel, City of Ashes, is currently in the works.

So does The Mortal Instruments' poor performance mean supernatural teen adaptations are over? After all, the box office bomb follows fellow underperforming intended franchises, like Beautiful Creatures and The Host. On top of those, The Mortal Instruments' failure to rake in money seems to spell a waning interest in YA fare. Still, there's hope ahead — obviously, Catching Fire's Nov. 22 release will bring in millions upon millions for Lionsgate, and Divergent, starring Shailene Woodley and Kate Winslet, is already inspiring chatter, even if fans only have 13 seconds of footage to work with.

More accurately, interest in would-be stars Bower and Collins is likely waning. The former has hardly inspired fandom akin to teen dream Robert Pattinson, and Collins has yet to star in a successful film since 2009's The Blind Side. The young actress' youthful vehicles, Abduction and Mirror Mirror, were bona fide box office bombs. At least her eyebrows are a hit?

More like this
Taylor Lautner Copped To Finding Jacob "A Little Annoying" In Twilight
By Stephanie Topacio Long
Rupert Grint Just Shared A *Major* Update About Ron Weasley’s Future
By El Hunt
Anne Hathaway Shared A "Thrilling" 'Princess Diaries 3' Update
By Darshita Goyal
Hilary Duff Is “Optimistic” About A 'Lizzie McGuire' Reboot
By Alyssa Lapid
Get Even More From Bustle — Sign Up For The Newsletter
From hair trends to relationship advice, our daily newsletter has everything you need to sound like a person who’s on TikTok, even if you aren’t.