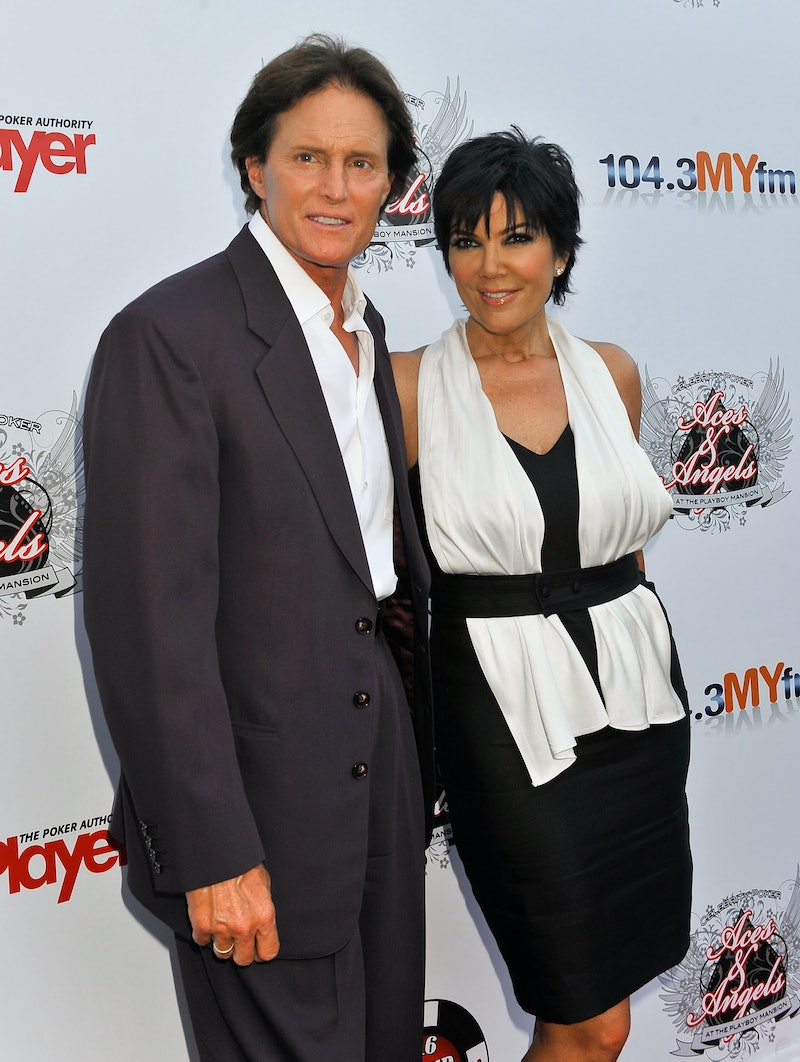 It's a sad day in the world of reality television. I promised myself I wouldn't get too invested in celebrity relationships after Nick Lachey and Jessica Simpson's divorce (I'm still trying to get over it), but who was I kidding. Especially because the newest couple to break my heart, Kris and Bruce Jenner, are literally everywhere you turn. There's no avoiding them. Everyone is keeping up with the Kardashians, whether they want to or not. So, I'm sure you all know that the inevitable has finally happened. Kris and Bruce Jenner are getting divorced. Yeah, they've been separated since last October, but I really thought that those two crazy kids would make it work somehow. After all, they've been married for as long as I've been alive, they have two kids together plus their large extended family. But, instead of focusing on the how the Jenner marriage went wrong in the last few years, lets return to a happier time and look into how Kris and Bruce Jenner met in the first place. Because, really, do you know?

As any rom-com would predict, the story starts out with two single parent divorcées. Perhaps we can get Tom Hanks and Meg Ryan to play them in their Lifetime movie. Anyhow, this is what Yahoo! Celebrity had to say about the initial love connection between the Jenners, "Former Olympian Bruce Jenner and mother-of-four Kris Kardashian met on a blind date in 1990 where he quickly won her heart with his dinner order." Which, should be noted, is an extremely effective way to choose a partner. Because what if he had ordered something super boring like a salad?

As for what he ordered, Kris told The Huffington Post, "I thought, 'I love this guy, he has meatloaf and mashies.' It was fabulous."

That cute anecdote aside, it seems their relationship progressed rather quickly because they got married after being together for only five months. Kris told the Huffington Post of their engagement,

We were at a restaurant and he just dropped to a knee. We had been house-hunting all day and we were thinking about moving in together, and then I thought to myself, driving to the restaurant that we were going to, "I must be out of my mind that we're house-hunting. We're not even married, we're not even engaged!" And that night he just busted out a move.

I guess it's true what they say: When you know, you know, right? Despite their marriage's unfortunate end, they did spend 23 years together and that's an accomplishment for almost anyone. I just hope that they can at least remain friends, for the sake of the kids. OK, for our sake. Because we love seeing them together on camera, no matter how many times Bruce is banished to the garage.