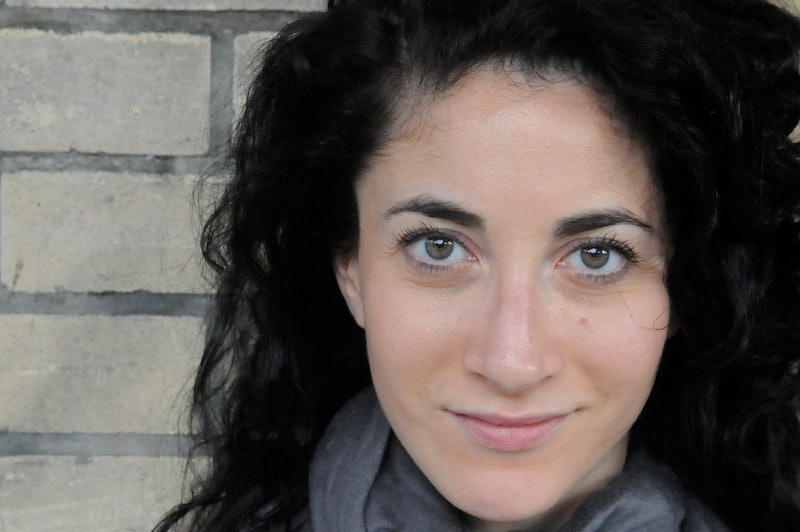 Lauren Oliver might be one of the hardest-working writers in the industry right now. After publishing Panic in March, YA author Oliver released on September 23 her first foray into adult fiction, Rooms. And there's no stopping her now.

Oliver has gained household name recognition due to her success with her previous YA and middle grade novels Before I Fall, the Delirium trilogy, The Spindlers, and Liesl & Po. Meanwhile, Panic was already optioned for a movie deal several months before its publication. But she's ready to shatter those marketing categories again by proving that she won't be tied to a specific age group.

Rooms ostensibly is a ghost story, but don't let the categorization fool you. The story is much more about memories and how a specific place ties in to those memories and even informs them. I talked with Oliver about Rooms, this idea of memories, where she sees herself in the publishing industry, and what fans can get excited for next.

BUSTLE: You've written for young readers, YA, and now Rooms is your first adult fiction book. How does your approach to writing change for each audience, or does it?

LAUREN OLIVER: It doesn't actually, really. Each novel has its own particular demand. I think to a certain extent, the experience writing every novel is completely different, but technically, in terms of process, it's always similar. I fall in love with a voice, then that voice starts articulating to me a world or a story. So I start writing to see whether that starts to come to life for me, and at a certain point I'll sit down and start to think structurally the overall shape of the book or what's going to happen, making sure there's the right amount of conflict. In terms of the mechanical way I write, it's the same for each book. But of course, each book has its own feel to it, has its own challenges — but I don't think it's a question of audience, that's not the determining factor.

Each book has its own feel to it, has its own challenges — but I don't think it's a question of audience.

You mentioned that you fall in love with a voice first. How did that work for Rooms? Where did you get this idea that spoke to you?

Oliver: One of the interesting things that happened with Rooms was that I was kind of writing two separate novels; I had to separate ideas and it took me a long time to realize they were actually the same book.

First, I had this idea for a house that was narrating — the whole, if walls could talk thing. What if that was rendered literally? So I had Alice's voice first. Then I had the character of Trenton separately, in a novel that I was trying to unpack about a wealthy family that's insular and very troubled and keeps different secrets from one another.

The ghosts in the novel are unique in the way they present themselves. They don't fall into this horror movie trope, instead they're essentially part of the house. They speak through noises the house makes, whether it's the radiator or the floorboards squeaking. Can you talk more about how you came up with this concept?

I was really inspired by the idea of memory palaces. I have a terrible memory and I always have. Memory palaces are a mnemonic trick that helps people remember minutia, facts, names. What you're supposed to do is imagine a big house and store information in various places in the house — put them under a tea cozy, for example. I was interested in this idea of the way memories get layered and transposed onto places, and what would it be like if you managed to show that literally.

I was interested in this idea of the way memories get layered and transposed onto places, and what would it be like if you manged to show that literally.

Then, I got increasingly interested in structural stuff. It's something I'm still struggling to unpack and I feel it's a really fertile area of growth for me, and it's something i want to get better at. So I was really attracted to the challenge of trying to structure a book based on a progression through the rooms.

The house itself in this way becomes a character. Aging, evolving with the times and the styles, being redecorated and renovated. Speaking of memories, was this idea informed by anything you've been through or memories you have?

I grew up in a really old house that I loved. It was small but it was beautiful and super-old, it was built at the turn of the century. I loved to sit and imagine who had lived there before and what their stories had been in, say, 1910, and who would come after me.

My dream is really to be able to write for any age group and write the stories that appeal to me at any given time.

I remember in my teenage years my parents were remodeling a bathroom and I wrote different things on the back of the bathroom tiles before they were pasted onto the walls, hoping someday maybe someone would find evidence of me and who I'd been.

I'm really attracted to the idea of different people living different lives in the same spaces. After we moved out of the house, it was transformed into a modern, really monstrous place. And I'm interested in that, I'm interested in the disfiguring of spaces and the ways that we are influenced by our homes and how our mental landscapes are really informed by the physical landscapes we live in.

I have another YA book coming out in the spring called Vanishing Girls. It's a psychological thriller about two sisters facing up to the various tensions and problems in the aftermath of an accident they don't entirely understand or remember. Then, in the fall, I'm launching another middle grade series called Curiosity House.

Currently right now I'm working on a teen book and an adult book. My dream is really to be able to write for any age group and write the stories that appeal to me at any given time.