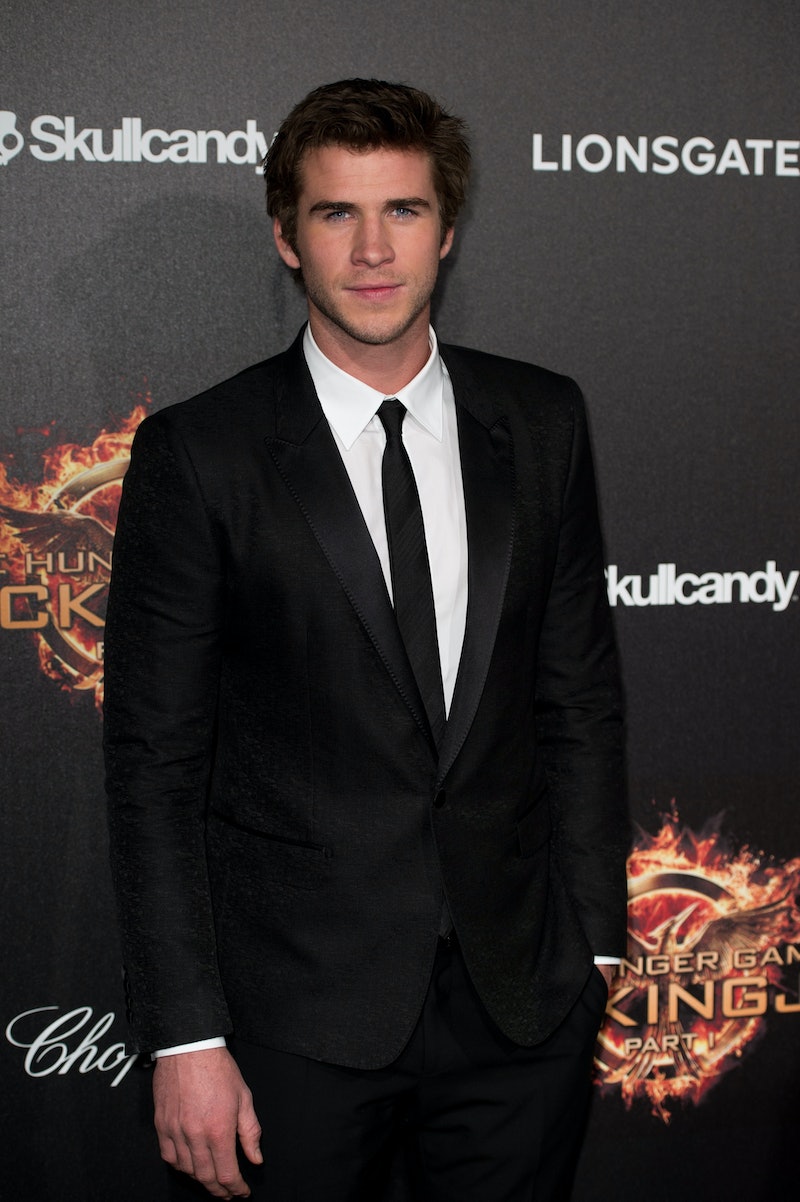 By now, I think it's safe to say that excitement for The Hunger Games: Mockingjay Part 1's release in November is at a fever pitch, thanks to a recently released trailer and that great batch of stills from the film last week. But, allow yourself to get a little more excited, because we have already have one more new photo from Mockingjay Part 1 , and, even better, it's of Gale looking pretty damn easy on the eyes in full soldier gear.

So pensive, so smoldering. It looks like he's thinking of something super meaningful here, like solving the global warming crisis, or maybe the deeper meaning behind Miley Cyrus' love of wearing prosthetic butts during her recent concerts. I don't know, something like that.

In the caption, which was posted by the official Hunger Games Instagram account, it reads: "From hunter to soldier. Liam Hemsworth returns as #GaleHawthorne in @TheHungerGames: #Mockingjay Part 1." Simple, but effective.

If you haven't yet seen the rest of the promo for Mockingjay Part 1, do yourself a favor now and go check it out — not only does Gale look pretty badass in motion while he's backing up Katniss (Jennifer Lawrence) as she prepares for full-on war, but Natalie Dormer is looking pretty damn flawless as Cressida, and Katniss, of course, is fierce as ever.